North London craft brewery Beavertown has announced its first supermarket contract with Waitrose which will see cans of its flagship beers Gamma Ray, Neck Oil and Lupuloid available in over 270 stores from 30 April. 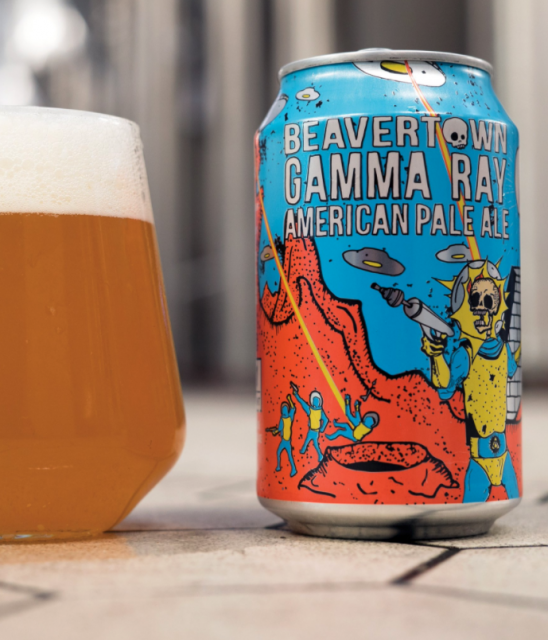 The Tottenham Hale brewery, which celebrated six years in business in 2018, has said that the decision to supply beer to a supermarket is something that “we have taken our time over”.

The deal, which has been negotiated after the last few months, will see cans hit the shelves from 30 April.

In a statement the brewer said: “We have often spoken about our ambition to have great craft beer available to anyone who wants it, on any street corner across the UK. Over the last few months we have worked very hard with supermarket retailer Waitrose to make this a reality, and now we can tell you officially that it’s happening.

Commenting on why it chose Waitrose, the brewer stated: “It’s not something we have rushed into, as we have taken our time to survey the landscape and assess the impact of other craft brands hitting supermarket shelves over the last 12 months, along with having lots of conversations to make sure we found the right partner.

“We wanted someone who holds the same attention to detail and commitment to quality that we do. If we were going to do this it was only going to be with someone who was going to take as good care of our beer, as we do ourselves, and in Waitrose we believe we have found a partner who is willing to, and invested in doing just that”.

Sarah Hammond, Waitrose beer buyer, said of the partnership: “We’re so excited to be able to offer Waitrose shoppers this wonderful range of innovative craft beers. The guys at Beavertown are so passionate about what they do, it’s been a pleasure to work with them on this launch, and I can’t wait to hear what our customers think of the beers”.

Responding to criticism on social media following the announcement, the brewery stated: “We will continue supporting independent shops, especially since we are an independent brewery our self (sic). They (sic) independent bottleshops are the trendsetters of the industry. Also, we will keep on making specials (80+ last year).

“We trust Waitrose and they will order fresh stock weekly”.

Speaking to the drinks business, Beavertown added: “The link with Waitrose is a really important step for us, one that we considered very carefully. We believe there should be no barriers to entry for craft beer and working with Waitrose increases the availability and accessibility of our beer, while maintaining a thoroughly considered approach and attention to detail when it comes to both the product its self and to exceptional service levels”.

Pricing details and the stores that will stock the products will be announced shortly, the brewery confirmed.

In 2017, Waitrose increased its beer range by nearly 30%, with an additional 25 beers listed on its portfolio. At the time, the retailer stated that it was investing in small breweries in particular, such as Toast Ale, Redchurch Brewery, Wild Beer and Five Points and Alchemy.