English winery Herbert Hall has announced it will be switching to an ‘en primeur’ system later this year, offering most of its cuvées on allocation. 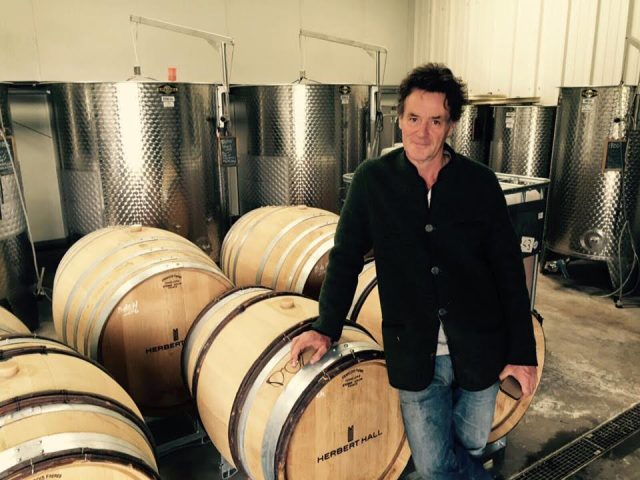 The Kent-based producer’s founder, Nick Hall (pictured), said that with a growing English wine industry the need to remain quality-focused and the ability to hold on to both value and positioning was going to become increasingly important before too long.

Speaking to the drinks business he explained that with the rising number of wineries in England and growth of the industry: “The choice facing all of us is getting bigger and bigger and producing more volume or sticking to what you do best. Our philosophy is closer to the grower Champagnes where you’re more artisan and freer to experiment with barrels and organic viticulture and so on. So we’re going down that route.”

With bigger wineries coming online and smaller wineries springing up everywhere all the time (this news coincides with the announcement of a new winery – Black Chalk – releasing its first wines this week), Hall said it was an “exciting time” but, “people also need to look at what they do and what sort of demand the market can sustain. And how exports go as well. Champagne’s still the benchmark and English wine is very niche.”

He added it was very possible that consolidation and change were very real possibilities for the industry and being in a position where customers are coming to you for wine was potentially very advantageous.

Founded just eight years ago, the winery quickly gained plaudits from critics and the wines today can be found in numerous fine dining restaurants and retailers such as Le Caprice, The Ivy, 67 Pall Mall, Fortnum & Mason and Lea & Sandeman.

A limited number of restaurants and retailers that the winery has worked with for the last five years will continue to receive supplies but most of the stock for both trade and private customers will henceforth be allocated in advance.

Hall said in a statement: “We are passionate about making great sparkling wines and in order to do this I believe we have to remain a genuinely artisan, terroir driven, vintage-by-vintage producer.

“We are not interested in bigger – we are interested only in better. We do not want to make still wines nor do we want to diversify. By switching to an allocation system we will be better able to meet demand from our loyal customers while continuing to focus on producing distinctive and exciting sparkling wines.”

The new system will begin with the 2015 vintage of the brut and rosé which will be released in September 2018.