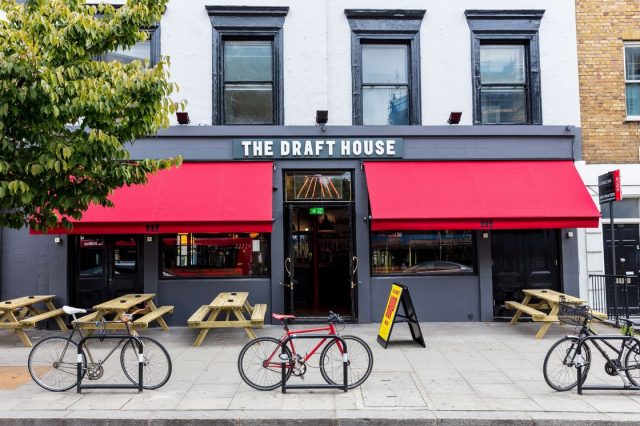 The news was announced today (26 March) that all 14 of Draft House’s venues across London and the South-East will be run by BrewDog, with the managing director of BrewDog’s own bars, David McDowall, taking over from Draft House’s founder, Charlie McVeigh.

All 213 staff members across Draft House’s sites will stay with the brewer promising additional training and support for those interested in taking the Beer Judge Certification Programme or applying to the Institute of Brewing and Distilling.

Founded in 2009 when it opened its first site on Northcote Road, Draft House now operates 13 sites around the capital and in 2016 opened a bar in Milton Keynes.

BrewDog said that while planning to invest in Draft House and potentially expand the group in the future, the beer selection would remain different to BrewDog’s own branded bars, with an emphasis of independent craft beer from around the world.

McDowall commented: “At BrewDog we are obsessed with making other people as passionate about craft beer as we are, and in speaking with the Draft House team we recognised that there was a great opportunity to combine our efforts and really have an impact on the UK bar landscape by working together.”

“Draft House has got an incredible team of engaged people and we’ll be doing everything we can to empower them in their business and offer them the support they need to achieve their career goals. The two most important things for us are our beer and our people and we’re excited to extend that to our new family at Draft House and would like to offer a massive welcome to every single one of them.”

Outgoing founder, McVeigh, added: “Nine years have passed since the first Draft House launched, and it has been a truly remarkable journey of discovery. We’ve built an awesome business, and more importantly, a team right at the heart of the UK’s beer revolution. I am immensely proud of what we’ve achieved together and delighted to hand the business over to BrewDog for its next stage of growth. Draft House couldn’t be in better hands.”

BrewDog is currently expanding globally at a fair clip. Earlier this year it announced plans to open a brewery in China and confirmed a new brewery in Australia.

Meanwhile, it currently runs 50 BrewDog bars globally: 33 in the UK, one in the US, one in Australia, one in Brazil and 14 across Europe and now has plans to open a ‘craft beer hotel’ at its headquarters in Scotland.