Scottish brewer BrewDog has announced that it will be expanding its brewery and building a craft beer hotel with beer taps in each room at its headquarters in Aberdeenshire. 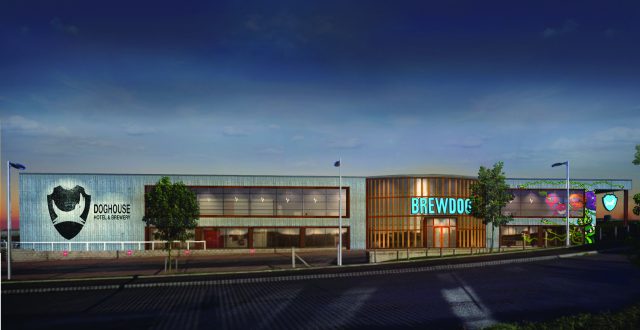 The beer brand has said that the 26-room beer hotel, called The DogHouse’, will open in the first half of 2019.

After a recent property acquisition at its Ellon base, BrewDog was able to bring its hotel concept to the UK after announcing plans for its first ‘DogHouse’ in the US last March.

The UK hotel will be built in a similar format to the brewer’s hotel in Columbus, Ohio which is expected to open later this year.

In addition to having beer taps in each room, the showers will have a built-in beer fridge and the rooms will overlook the brewery itself.

BrewDog will also be building a 300hl brewhouse and a canning and packaging line. These will operate alongside its current brewing facilities which are capable of producing 1 million hectolitres of beer each year.

The site was bought from screw jack producer Power Jacks which will move to a new base later this year.

BrewDog is funding the project through its Equity for Punk crowdfunding scheme which has to-date raised over £53 million.

Priority booking for the new hotel will be given to BrewDog’s 73,000 investors.

BrewDog co-founder James Watt said: “The DogHouse is our gift to passionate craft beer fans making the pilgrimage to our brewery in Aberdeenshire. The idea of opening a beer hotel has always been high on our agenda, and now we are finally able to realise that dream, right here at our HQ”.