Scottish brewer Brewdog has unveiled plans to build the “Disneyland” of craft beer, promising that its craft beer hotel will be the “happiest place on earth” complete with hot tubs filled with its Punk IPA and a beer tap in every room.

Dubbed The DogHouse, the 50-room hotel and sour beer brewery will be based in Columbus, Ohio, where the company is set to open its first international brewery later this year, and will feature craft beer spa with beer-based treatments, a craft beer tap in every room serving its flagship beer, Punk IPA, and an in-shower beer fridge.

Guests who stay in the luxury suite will also have a hot tub filled with the brewer’s award-winning Punk IPA at their disposal. As for food, the hotel will serve three-course breakfasts, lunches and dinners, all infused and paired with craft beer.

While Brewdog anticipates that the project will cost around $6 million, it is hoping to fast-track the process with support of investors via a campaign launched on crowdfunding site Indiegogo yesterday with the aim of raising $75,000 in 30 days (it’s already raised $38,000).

The campaign will also fund a new sour brewing facility on site, allowing Brewdog to experiment with new beer flavours and brewing techniques. Patrons of The DogHouse will not only be able to trial these new beers fresh from the brewery, but view the oak foeders (used to age sour beers) from their bedrooms. 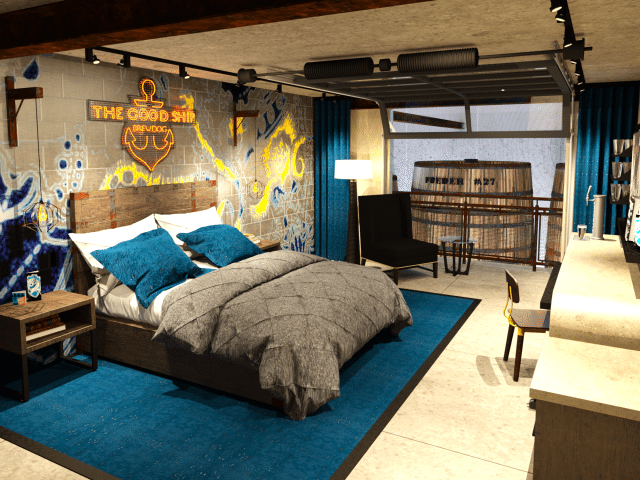 “Beer buffs around the world have been crying out for a beer hotel since we first floated the idea on social media, so we’re going to kick-start the most ambitious project we’ve ever planned, all with the backing of our global community of beer fans,” said James Watt, BrewDog Co-founder and CEO.

“From the hop-infused face masks and malted barley massages – to the beer-infused breakfasts and built-in shower beer fridge – The DogHouse will be a mecca for those craft beer geeks seeking a vacation with a difference. Every single part of your stay at The DogHouse will be absolutely dominated by hops, malt and incredible beer. Forget Disneyland, this is the new happiest place on Earth.”

Those that invest in the project will be rewarded with perks including free nights at The DogHouse, exclusive releases from the sour beer facility and the chance to have your name on a foeder, depending on the level of investment made.

Those who invest more than $30,000 to the campaign will be rewarded with an all night event at the DogHouse, be it a craft-beer themed wedding, birthday or corporate event.

The hotel will complement the brewer’s planned Ohio brewery – its first in the US – which was announced by the company in 2015. Set within 42 acres, the 100,000 square foot brewery will be built in Columbus and will see the rapidly expanding Scottish brewer push further into the US market.

The brewery is expected to open in mid-2017, while BrewDog is aiming to open The DogHouse by the end of September 2018. 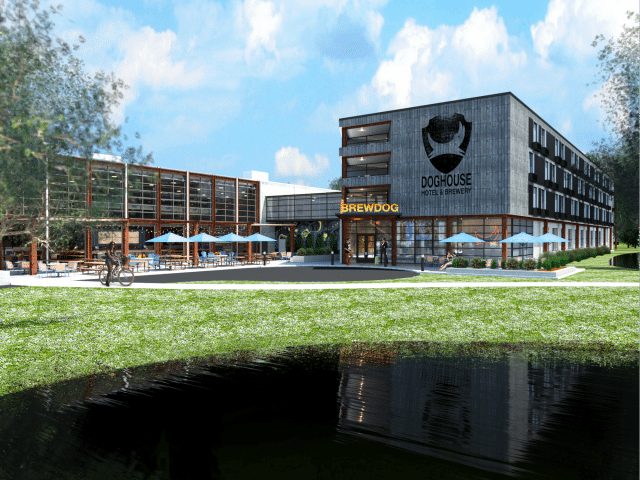