Scottish brewer BrewDog has confirmed that it will opening a AU$30 million brewery in the Murarrie area of Brisbane after it announced plans for an Australian site in July last year. 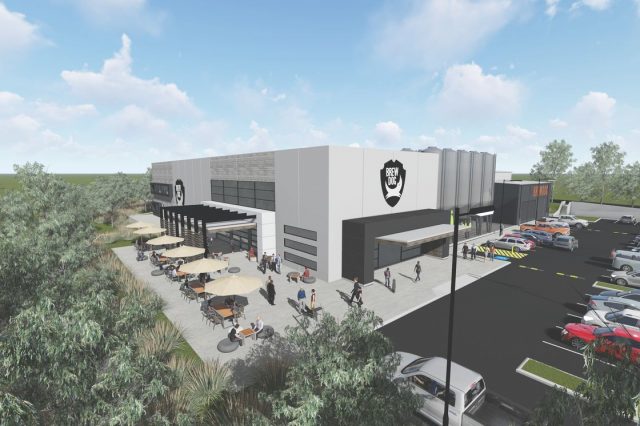 After a choice between Newcastle and Brisbane, BrewDog has confirmed that it has decided on the Queensland capital as the site of its Australian headquarters, following numerous proposals from its Aussie fans including a video pitch from the Government of South Australia.

BrewDog will invest a total of $30 million in its new riverfront brewery which will include the construction of a 50-hectolitre, 3,000 square-metre brewing and canning facility. The site will also contain a restaurant, taproom and visitor centre.

The Brisbane site is expected to bring 150 jobs to the area over the next five years with BrewDog expected to begin searching for a head of production shortly.

The brewer has stated that construction will commence in the second half of this year with the first beers expected to be produced in early 2019. The “state-of-the-art brewing facility” will be constructed in partnership with local developers NPD Property Group and its director Michael Ferraro.

It will make “its full line-up of headliner beers” which include Punk IPA, Dead Pony Club and Jet Black Heart as well as some small-batch beers exclusively for the local market. It will initially serve the Australia market however the brewery has stated that it has “potential to export to Asia”.

BrewDog has also announced that it “will take advantage of the brewery’s proximity to Australian and New Zealand hop farms”.

BrewDog’s Equity for Punks crowdfunding campaign has raised over £52 million since 2009, helping to fund its expansion within the UK and overseas. It owns and operates two breweries in Scotland and the US, has 50 bars and employs over 800 members of staff. To date, 70,000 people have invested in the business.

Zarah Prior, director of BrewDog Australia said: “We’ve been so humbled by the support from local businesses as well as the local community who have shown a real passion for BrewDog to call Brissie home. It’s a city that’s on the brink of some incredible growth, and we can’t wait to be a part of that. There are tonnes of amazing local breweries we’re looking forward to working alongside and collaborating with.

“From local brewing pioneers Green Beacon and Newstead, through to up and coming breweries like our mates at Range Brewing. We are hugely appreciative of the support we received from Brisbane Marketing, Austrade, and the Queensland Government all of whom played a role in sealing the deal for Brisbane”.

James Watt, BrewDog co-founder added: “Australians are some of the most passionate and informed beer drinkers on the planet. The encouragement I received from the craft beer movement during my last visit in the country blew me away. I’m glad our Australian fans at home and in the diaspora were relentless in pushing for a brewery, and I look forward to sharing my first can of Aussie brewed Punk IPA with them!”