A UK landlord has taken the festive season to extremes, transforming his traditional Somerset pub into a sweet-laden gingerbread house for Christmas.

Mark Walton, landlord at the Queen Victoria Inn at Priddy, in Somerset, said he came up with the idea “over a drink with fellow nutters one January night”, as reported by the BBC.

The traditional pub, which dates back the late 1800s and boasts many of its original features, including flagstone flooring, huge fireplaces and beamed ceilings, has been covered with giant candy canes, sherbet, lollipops, liquorice allsorts and gingerbread men for the festive period.

Mr Walton said it took two local artists around three weeks to create the oversized sweets and treats that now cover the pub, which has been renamed, temporarily, as The Gingerbread Inn.

Known for getting into the festive spirit, last year the pub installed a 15ft “bottle tree” made out of 1,100 glass bottles wrapped in 300m (984ft) of fairy lights.

An official Christmas lights switch on was held at the pub on Thursday. 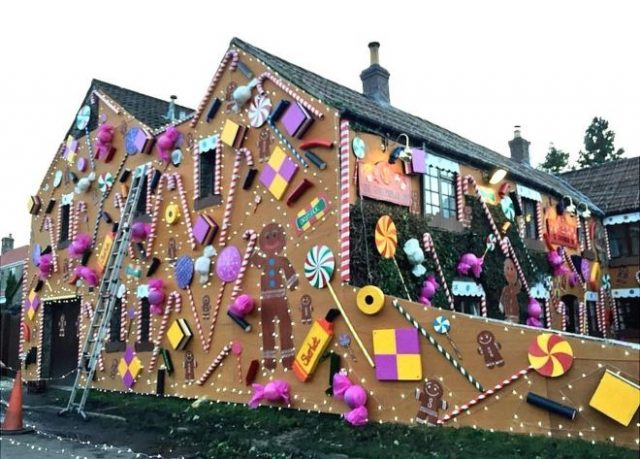