Budget 2017: How the industry reacted

Corks were popping up and down the country after the Chancellor announced a tax freeze on beer, wine, cider and spirits just in-time for Christmas. 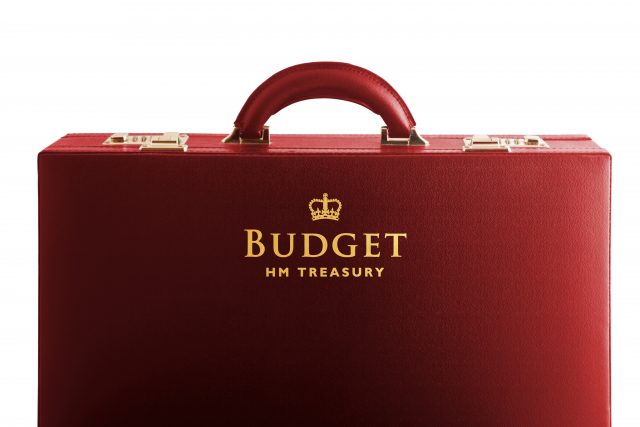 But not everyone in the industry is happy after hearing the 2017 Autumn Statement.

Infamous high-alcohol budget drinks like white cider got a name-check from Philip Hammond, who said the government will raise taxes on them in 2019. Naturally, some in the cider sector have fears for the future.

We’ve taken a look at some of the most significant reactions to this year’s Autumn Statement, from outright praise to condemnation.

The alcohol tax was the highlight of Hammond’s budget this year. According to analytics firm Talkwalker, the Budget attracted over 120,000 mentions on Twitter between 12.30 and 2.30 pm, but peak mentions came when a freeze on beer duty was announced at 12:57.

The Chancellor announced that, while most alcohol will not see a duty hike, high-alcohol budget drinks such as “white cider” came under fire, dividing opinions on the social networking site.

So to clarify the gov are increasing tax on cider specifically to ‘protect the vulnerable’ yet alcohol is legal and not protecting future ‘vulnerable’ people. Just hit the cider drinkers aka the poor. Will there be detox places set up simultaneously or don’t we care that much.

No extra tax on alcohol thanks chancellor #Budget2017

Reacting to the news, the Wine and Spirits Trade Association’s chief executive Miles Beale said that Hammond’s budget proves the givernment is “in touch with what consumers want.”

“We are pleased that the Chancellor has found his festive spirit & listened to the call from the WSTA and its members and has frozen wine and spirit duty.”

“He has shown the Govt is in touch with what consumers want & is supporting an industry which is a real asset to British business.”

The British Beer and Pub Association (BBPA), meanwhile, was just as overjoyed.

Chief executive Brigid Simmonds saw the announcement as a victory for the BBPA’s tireless campaign efforts, adding that a freeze on alcohol duty could save pub-goers over £100 million this Christmas.

“The Chancellor’s decision to freeze beer duty and cancel his planned rise is an early Christmas present for beer drinkers and pubgoers worth £117 million this year and in subsequent years. It will secure over 3,000 jobs in pubs and the wider beer supply chain that would otherwise have been lost. This real-terms duty cut shows he has listened to our campaign and the concerns of pubs and pubgoers, and acknowledged the special role that beer and pubs play in the nation’s social life.”

“With over 80 per cent of the beer drunk in the UK brewed in the UK, he has understood the important capital investment made in the UK by our members. This is absolutely the right step towards a fairer deal for Britain’s beer drinkers and pubgoers and a vote of confidence in a very British manufacturing industry worth £23 billion to the UK economy.”

Heineken’s UK managing director David Forde was more restrained in his reaction to the Chancellor’s budget, reminding us that the Treasury had already placed a tac hike on beer earlier this year.

“Having already hiked beer duty this year, it is good to see the Chancellor recognise the importance of the Great British Pub.”

“Together with some good news on business rates, it’s a welcome package for pubs and hard-pressed beer drinkers.” 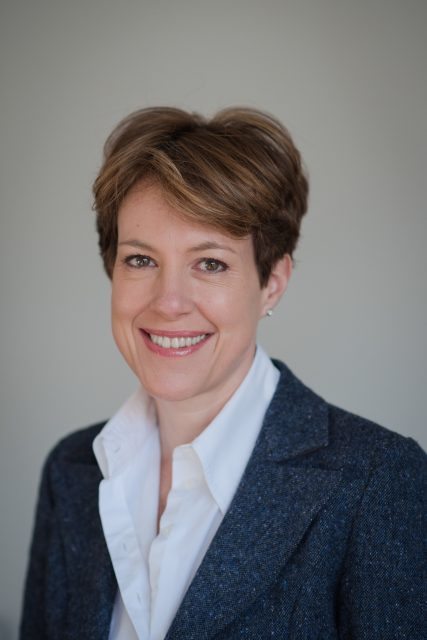 The Scotch Whisky Association (SWA) welcomed a freeze on spirits, but added that more still needed to be done to cut down the disproportionate cost of whisky in the UK.

“We welcome the freeze in excise duty on spirits, which helps support the competitiveness of Scotch – a major UK export – in uncertain times,” Karen Betts, SWA boss, said.

Betts called on a tax cut at the next budget to ensure that British distillers can still compete in an ever-growing whisky market.

“Tax on Scotch is still very high. £4 in every £5 spent on Scotch goes to the Treasury, and we believe this is a missed opportunity. We believe a cut would have delivered more revenues to the government as well as underscoring government support for an important UK manufacturing industry, which supports 40,000 jobs across the UK.”

The budget was an enormous success for Campaign For Real Ale (CAMRA), as the Chancellor also announced the government would extend the £1,000 business tax rate relief for pubs for another year in a bid to save the UK’s endangered pub sector.

“Pub goers were fearing the worst from this Budget but will now be raising a glass,” said CAMRA’s National Chairman Colin Valentine.

“We welcome the Chancellor’s decision to extend the £1,000 rate relief for pubs for one more year. This shows that the Government is alive to the threats facing English pubs although more needs to be done.

“CAMRA is calling for further action to secure a thriving pub sector and would like this relief to be made permanent and increased to £5,000 a year.”

The Society for Independent Brewers also praised the beer tax freeze for “recognising the important role of the Great British pub”, but put pressure on Hammond to keep the policy in place for as long as the Tories stay in government.

“We’d now like to see the Chancellor go further and commit to a freeze in beer duty across the entire Parliament,” said SIBA chief Mike Benner.

“An extension by one more year of rate relief for pubs and a move to CPI from RPI is also welcome but more action is still required.”

“Whilst news for our sector has been positive from the Chancellor, brewers and pubs still face a tough trading period ahead with uncertainty around Brexit, and worsening growth and productivity figures. For now, though we will raise a glass of craft brewed British beer to the Chancellor.”

Rally Driver, hotelier, restauranteur and Global Brands founder Steve Perez said the news would provide much-needed relief to the pub sector, which has been under pressure due to increased business rates and minimum wage, but wasn’t looking forward to the implementation of the Sugar Tax next year.

“We will toast The Chancellor with a gin and Franklin’s Tonic this Christmas and make the most of it until the sugar tax comes in force in April!” 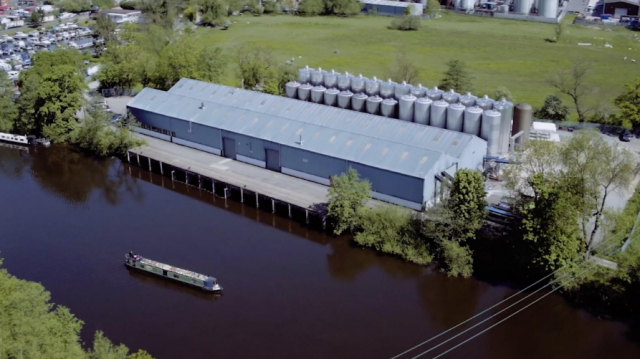 But in the world of cider, industry bods were divided.

Family-owned drinks maker Aston Manor Cider slammed the Chancellor’s plans to raise taxes on white cider in 2019, writing them off as having “no merit” due to a lack of clarity on how such a tax could be implemented.

“We will look at the detail, though notwithstanding the challenge of framing legislation to make it happen, this idea has no merit,” a spokesperson said.

“We would remind the Chancellor that ‘white cider’ represents around 0.27% of total alcohol and is in long-term decline. And whilst all products are capable of being misused, the vast majority of ‘white cider’ is enjoyed by people on low incomes without issue.

The cider producer said that raising taxes on high ABV drinks would hit low-income households hardest, and push vulnerable people towards stronger spirits rather than reducing the amount they drink.

“The frontline professionals supporting people in crisis reject the targeting of specific products as it merely displaces misuse and might even make matters worse. We shared this independent research with the Treasury as part of the consultation process.”

It also suggested that pushing drinkers towards imported beverages such as wine and spirits could have a devastating affect on the environment.

“When drinkers switch from cider they choose higher strength wines and spirits – products that are in most instances imported with a significant carbon footprint.

“We have just finished a record harvest and made the first payments to local growers on new orchards that will exceed £55m over the next 25 years and this action clearly demonstrates a lack of understanding of the challenges we face.

“Our investment plans are measured in decades so we needed a sensible and long-term approach to duty and this is far from that.”

On the other hand, the National Association of Cider Makers (NACM) said the policy would ultimately benefit the industry, as a tax freeze on “other” ciders could get Brits buying more from independent brewers.

“This freeze in excise duty announced in the Budget today is much needed, as it will work towards supporting the industry and our rural communities.”

However, the NACM also claimed the budget didn’t go far enough, calling for a 2p tax reduction in future.

“Helen Thomas, Chair of the National Association of Cider Makers, said: “We will be looking at the details of this new duty band to ensure that it does not adversely impact the ongoing success of cider makers across the UK, whatever their size.” 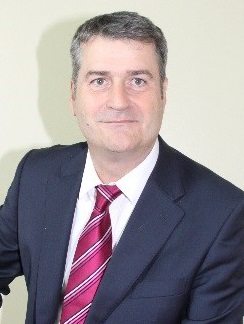 Charles Ireland, managing director of Diageo GB, took to Twitter to share his support for the Chancellor’s drinks measures, but added that alcohol tax in Britain still needs to be lowered.

“The duty freeze provides some respite for Britain’s drinkers, although taxes on spirits remain amongst the highest of any major economy in the world.”

Ireland also thanked Scottish MPs who rallied earlier this month to campaign for a tax break on Scotch.

“We have been greatly encouraged by the fantastic support of Parliamentarians from all parties, especially Ruth Davidson, David Mundell and the other Scottish Conservative MPs, who have called for a fairer deal for Scotch and spirits, an industry that generates £5 billion of exports and employs 50,000 people.”

“We now repeat our call for a review of the alcohol duty system to deliver fairness for Scotch whisky, which is exactly the kind of unique British product the UK needs to thrive after Brexit.”