From gin-based advent calendars to Prosecco magnums and jeroboams, Britain’s grocery giants have stepped up their alcohol offerings considerably in the run-up to Christmas. 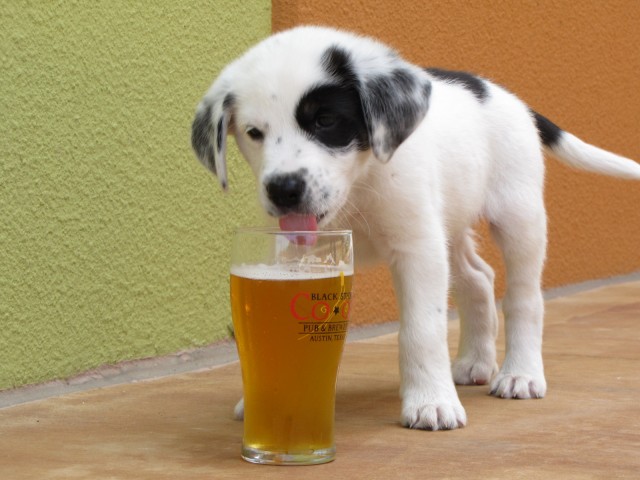 Now, German retailer Aldi is selling a range of beer and wine designed for dogs and cats to corner the pet-friendly market ahead of the big day.

Customers can get their paws on these special-edition drinks from 7 December.

The dog-friendly beer, called ‘Bottom Sniffer’, is non-alcoholic and un-carbonated making it safe for pets to consume.

The beer is brewed with ingredients such as barley malt, water, dandelion, nettle, flax seeds and chicken flavouring, and costs more than many bottles in Aldi’s beer range despite not containing alcohol at all.

It also uses Rooibos and Dandelion, which are known to be rich in vitamins, minerals and antioxidants.

The Bottom Sniffer beer will be sold in standard 330ml bottles for €2.99 (£2.67), more than double the cost of Aldi’s beers and ciders available buy the bottle.

A pack of four 500ml cans of Rheinbacher German Pilsner costs just over 30p more at £2.99.

The German grocery giant is also launching a Prosecco-style drink marketed for cats this festive season.

The “Pawsecco” — which will retail at €2.99 per 250ml bottle — comes in both rosé and white, but is not made with grapes which can be poisonous for pets.

Instead, the Pawsecco-branded herbal infusions are made using elderflower, nettle, ginseng and lime flower, and were created with the advice of veterinary experts.