Italian wine producer Frescobaldi has made its first foray into the Chianti Classico region with the purchase of Castello di San Donato in Perano for €13.3 million. 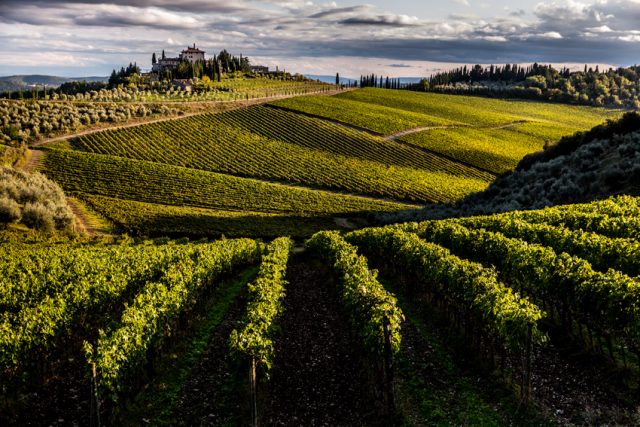 This historic estate, situated between the central Chianti villages of Radda and Gaiole, is based on a 617-acre estate with 250 hectares under vine at 400-600m above sea level, including 52 hectares of steep sloping south-facing vineyards, in the Gaiole commune of Chianti Classico.

The terroir is “notable for its ‘scheletro’ rocky and free-draining soils”, said the producer. Its vineyards enjoy a wide range of diurnal temperatures during the growth cycle of the vine, while the estate’s winery has modern winemaking facilities and extensive barrel ageing halls, it added.

Frescobaldi has been managing the estate’s vineyards since 2014, when it was held as part of bankruptcy proceedings, but will now take full ownership of the estate.

“We have been managing this winery’s operation since early 2014 and are excited by its outstanding potential,” comments Lamberto Frescobaldi, President of Frescobaldi. “In 2018 we will release the wines of the magnificent 2015 vintage, which have extraordinary complexity and longevity. The estate’s flagship wine will be its Gran Selezione: two other Chianti Classico wines will also be produced.”

Frescobaldi already has estates in Tuscany, including Tenuta di Castiglioni, in the Florentine area of ​​Chianti, Nipozzano Castle and Pomino Castle, and Chianti Rufina, Castelgiocondo Montalcino and Tenuta dell’Ammiraglia in Maremma, as well as Ornellaia in Bolgheri.

But the purchase of the San Donato estate in Perano marks the Frescobaldi’s first winemaking venture in Chianti Classico.