Aldi has added its first Jeroboam of Prosecco for Christmas, which will retail for under £40, as well as a 24-bottle wine advent calendar for under £50. 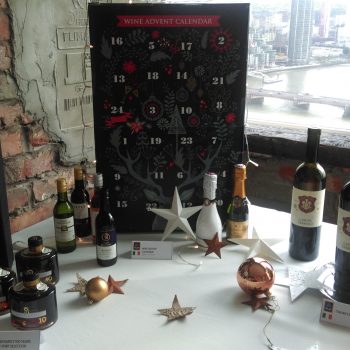 The new bottle, which retails for £39.99 for 3 litres comes after the UK discounter launched its first magnum of Prosecco two years ago, as well as a magnum of Champagne. It has also added a new gifting box for its Malbec magnum which was available for the first time last year.

At the time, Aldi buyer Mike James said although the larger bottle format seemed “counter-intuitive” given the increased price point, people were increasingly using these formats to add theatre at larger scale celebrations and parties.

The wine advent calendar, which comprises a selection of 24 mini bottles of wines from different regions across France for £49.99, will be available in store and online from 14 November.

“Gifting worked well for us, it’s good wine so it’s all about credibility, we’re proud of it, it’s not mutton dressed as lamb,” he said.

James said that although there was an opportunity to sell these year round, its strategy was to concentrate on the Christmas period when the majority of fortified wine and dessert wines sales are made.

“We have a few more Sherries this year, it’s a nice opportunity to show just how well they work, and a risk averse way of testing things [in the market],” he said.

In May, the retailer won the drinks retailer of the year in this year’s Drinks Business Awards, after seeing its wine sales grow by 15%, well ahead of the wider beer, wine and spirit market.

French wine and spirits exports rise by 12% to €6bn