We round up the biggest and best-performing global beer brands in 2016 by volume sales, according to data supplied by Euromonitor International. 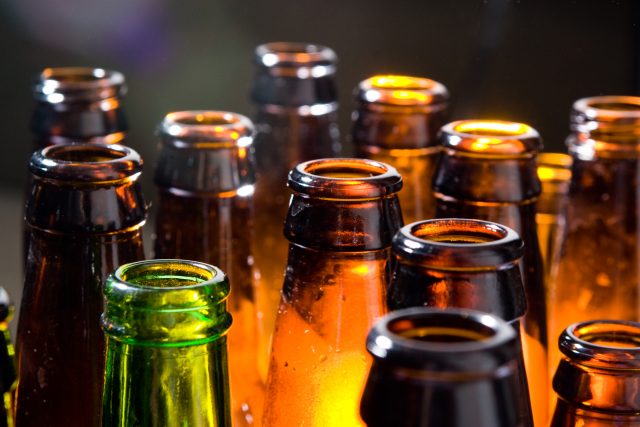 No-one that has followed the ‘big beer’ news in 2016 can be surprised that AB InBev has extended its domination of the top 10 largest beer brands. The global beer giant now owns five of the 10 brands listed and controls the production and distribution of another, Skol, in South America – the beer brand’s biggest market.

AB InBev completed its $79 billion merger with SABMiller in October 2016. However, to appease competition regulators, the world’s largest beer company had to sell off a number of its interests – formerly owned by SABMiller – in Asia and Europe. These included Snow which it sold to its co-owner China Resources Enterprises for $1.6 billion, and Grolsch and Peroni which it sold to Japanese brewer Asahi for 2.55 billion euros ($2.76 billion). EU regulators also demanded the brewer divest SABMiller’s business in the Czech Republic, Hungary, Poland, Romania and Slovakia.

Warner said: “Budweiser was the biggest contributor to sales growth in the beer category at +15.6% year-on-year” while Corona’s “staggering sales growth of +33.3%” saw it become “the biggest world beer brand in the UK for 2016.”

According to Euromonitor International, global consumption of beer hit 193 billion litres in 2016 with China, in spite of the performance of its native breweries, remaining the world’s largest beer market. However, while China’s domestic breweries struggle, its volume of imported beer has grown by 15.8% year-on-year in value to US$670 million in 2016, equivalent to 650 million litres of beer in volume, according to the China Association for Imports and Exports for Wine & Spirits.

It has been widely reported by the media that beer sales are in decline, as consumers turn to wine and spirits. In July this year, Goldman Sachs downgraded the stocks of two of the biggest US brewing companies due to the continued drop in global beer consumption. Furthermore, recent data from Nielsen has revealed that volume sales of beer over the 52-week period ending 17 June 2017 were down by 2%, however, over the same period, volume sales of wine and spirits were up 1.5% and 1.6% respectively.

Click through to view the top 10 biggest beer brands in 2016, according to data provided by Euromonitor International.

Founded in 1925, Corona Extra is produced in Mexico by Grupo Modelo, owned by AB InBev, both for the domestic market and for export to all countries apart from the US. Constellation Brands holds the US license for export to America. AB InBev purchased Grupo Modelo in 2012 for $20.1 billion and at the time, it was the biggest foreign buyout of a Mexican company in more than 20 years. AB InBev had previously owned shares in half of the company.

It was a productive year for Corona Extra last year with volume sales increasing by 7.92% on the volume recorded in 2015. A safety recall, reported in March 2016 and prompted by the possibility that glass particles had infiltrated the beer production process, does not appear to have affected volume sales, as Constellation Brands said at the time that the recall affected less than one-tenth of 1% of Corona Extra 12-ounce clear glass bottles.

Corona’s performance in 2016 has put it ahead of brands such as Molson Coors Light and Asahi that have made the top 10 list in previous years.

Brahma was founded in 1988 by Companhia Cervejaria Brahma and was taken global by AB InBev in 2005, who introduced it into 15 countries including the UK, US, Canada, Russia, France, Australia and New Zealand. Dominating the Brazilian market, Brahma is heavily reliant on its performance in South America, which has proven to be a booming beer market in recent years.

The brand has previously called on the services of a number of celebrities to promote its beer, including Madonna, Jennifer Lopez, Megan Fox and Gerard Butler, particularly around the time of the Carnival in Rio.

Last year, Brahma’s volume sales decreased by 3.3% on the previous year’s figures – interestingly, the Rio Olympics do not appear to have boosted the figures.

Harbin comes in at number eight after a strong performance in 2016. An AB InBev-owned Chinese brewery, it is listed on the Hong Kong stock market and, with the aid of its owner – who took over the brewery in 2004 following a bitter battle with SABMiller – is now exported to European and North American markets. Compared to Chinese beer giants Tsingtao and Yanjing its share remains small, however, its volume sales are increasing year-on-year and are certainly beginning to challenge those of Yanjing (32.3m hectolitres) which experienced a fall in volume sales in 2016.

Harbin was founded in 1900 and is China’s fourth largest and oldest brewery. It is also responsible for the production of the Hapi beer brand. For a considerable part of its history, it was controlled by the Chinese state government, during which time it became the first company to brew beer with corn instead of rice during the Great Chinese Famine.

In 2016, Harbin’s volume sales grew by 3.1% on the previous year as it increases its share of the market.

Heineken has bounced back in 2016 after improving on its “challenging year” in 2013. Its flagship brew is available in 178 countries and in 2016, the Heineken brand grew by 3.7%. The company sponsors UEFA Champions League, the Rugby World Cup and James Bond and last year announced a five-year partnership with Formula 1. Its international portfolio includes Amstel, Tiger and Tecate.

In 2016, Heineken also increased capacity in Ethiopia and Cambodia, opened a brewery in Shanghai, acquired a brewery in Vietnam, and began building a new brewery in Mexico after investing $470m in the project. Last year also proved productive, with volume sales increasing by 3.13% compared with 2015.

Founded in 1980 by The Beijing Yanjing Brewery, Yanjing beer has continued its downward descent in terms of volume sales. In 2013, Yanjing reported volume sales of 37.9m hectolitres, but this has now fallen to 32.3m hectolitres in 2016. In February 2017, BMI Research published a study that concluded that beer consumption in China is expected to continue its downward trend for the next five years, after falling for the past two.

Also known as Beijing Beer, Yanjing is often described as the “taste of China”, alluding to its prevalence and popularity in the country. Its brewery is one of the largest in Asia, employing around 20,000 people and producing a range of pale lagers. In 2016, volume sales decreased by 4.95% compared to 2015.

Skol’s volume sales have fallen in recent years from the heights of 40.6m hectolitres recorded in 2013 to 36.4m hectolitres in 2016. Skol was founded in 1964 following the creation of Skol International, a company formed of Allied Breweries (UK), Labatt (Canada), Pripps-Bryggerierna (Sweden) and Unibra (Belgium). Carlsberg and Allied Breweries later merged in 1992. Today, Carlsberg holds the license to brew and market Skol worldwide, apart from in Africa and South America.

The brand, however, performs best in the Brazilian market where AB InBev controls its production and distribution. It was originally produced by Caracu in Brazil, which was later bought by Brahma in 1980, which later went on to become part of AB InBev. In 2016, Skol’s volume sales decreased by 5.49% compared to 2015 – this is down from a figure of 40.6m hectolitres reported in 2013.

The Tsingtao Brewery was founded by The Anglo-German Brewery Co. Ltd. in 1903. After changing hands a number of times, in 1993 it merged with three other breweries and was renamed Tsingtao Brewery Company Limited. Anheuser-Busch, who once owned 27% of the business, sold a 19.9% share of the company to Asahi in 2009 for $667m. It then sold its remaining stake to Chinese tycoon Chen Fashu. Earlier this year, it was reported that Asahi was selling its shares in Tsingtao, valued at US$1.1 billion. Despite shrinking profits and the growth of imported beer in China, Tsingtao remains the second biggest domestic beer brand in China, with 15% of China’s beer market share, behind Snow Beer with 22%.

Overtaking Tsingtao, AB InBev’s Budweiser comes in at number three. Founded in 1876, it is currently sold in more than 85 countries and is one of the world’s most internationally recognised brands, making it also one of the most valuable. Due to a trademark dispute, it is not marketed as ‘Budweiser’ in all of the countries in which it is sold – due to complaints by European beer companies – Budweiser Budvar Brewery chief among them – in the European Union, excluding the United Kingdom, Republic of Ireland, Finland and Spain, the beer is labelled as ‘Bud’.

The brand was recorded as spending $449 million on advertising in 2012 and regularly uses celebrities to endorse its beer. In 2016, it launched a Super-Bowl responsible drinking advert featuring Oscar-winning actress Helen Mirren entitled ‘Don’t be a pillock, get home safe’. In 2016, Budweiser continued to perform well, with volume sales increasing by 4.5% compared with 2015, up on 44.2m hectolitres recorded in 2013.

Bud Light has also overtaken Tsingtao and remains (just) ahead of its fellow AB InBev-owned cousin, Budweiser. Introduced in 1982, Budweiser’s flagship light beer is brewed at 4.2% abv in the US, but in the UK, where it was launched this year, it is brewed at 3.5% abv. Speaking in February this year, Nick Robinson, AB InBev marketing director for the UK and Ireland said that it will be “the biggest ever brand launch by AB InBev UK”, and that “Bud Light is perfectly placed to respond to the evolving preferences of today’s consumer”.

The top-selling beer in the US, like Budweiser, Bud Light regularly advertises its beer at events such as the Super Bowl, last year unveiling specially designed cans for the occasion. Unlike Budweiser, however, Bud Light’s volume sales fell by 3.4% compared to 2015. It will interesting to see how its launch into the UK market will boost this figure when the results are released in 2018. 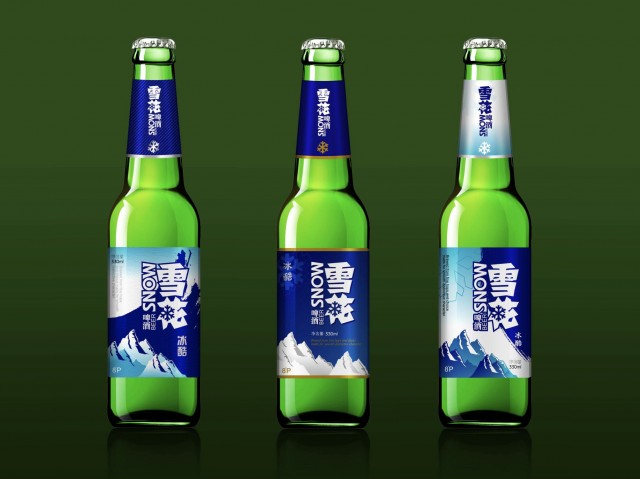 Snow has retained, and indeed extended, its lead over the other global beer brands. Launched in 2004, it is now the world’s largest beer brand and the best-selling beer in the world for the sixth year running. Its total volume sales for 2016 are well over double those of its closest competitor, Bud Light.