Vineyards in Napa Valley are assessing the damage after a freak hailstorm at the weekend, that could affect yields in localised areas. 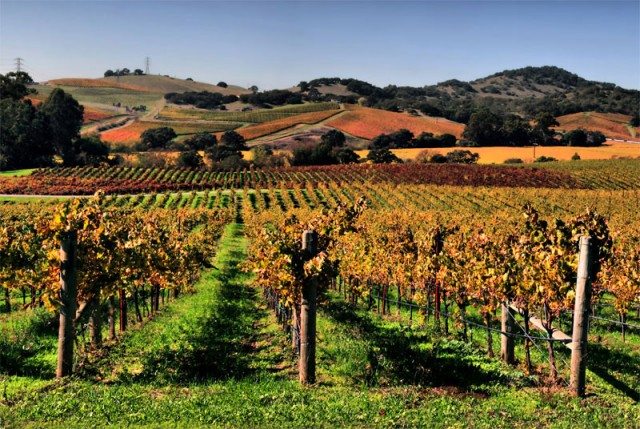 The storm on Sunday afternoon saw thumbnail-sized hail fall on parts of Atlas Peak and Pritchard Hill and in Oakville in Napa, according to local press reports, and there were fears of substantial damage to vineyards in the mid-valley region, where vines were still in flower.

Napa Valley Vintner’s marketing director Patsy McGaughy, told local news outlet The Napa Valley Register that the impact of the storm depended on the vineyard’s location, and that the valley floor in the north and south of the region had seen less damage, as the vines were past the flowering stage.

In a statement today, McGaughy said that the effect on vineyards across Napa had been variable.

“Vineyards in the western hills had no hail at all, many vineyards on the valley floor experienced it, but their vines were past flowering, so they reported no damage.  Others, in the eastern hills and in some parts of the valley floor are reporting relatively small potential looses, but at this stage of the growing season are finding it difficult to project how much,” she said.

According to the outlet, wineries including Silverado Farming Company, Dos Lagos Vineyards, which lies at 1,650 feet on Atlas Peak had reported some damage, with Dos Lagos owner Thomas Dinkel saying the damage could affect a third of the yield, and Silverado saying hail had damaged around 15% of the berries in the Oakland area.

Gabrielle Shaffer, viticulture and winery relations manager at Stagecoach Vineyard said while she had seen much damage from the surrounding area, the vineyard itself saw little damage.

“Stagecoach is the largest, contiguous, single vineyard in Napa County spanning from Atlas Peak to Pritchard Hill and we are the predominant south-facing portion of all the vineyard plantings on Foss Valley. With the afternoon timing of the storm, I believe the aspect of Stagecoach saved us from the damaging hail as we only saw a brief rain storm.  So I am grateful to report that Stagecoach has little to no damage from the storm and certainly hope that, as the season plays out, those who were hit hard will be able to recoup and have a successful 2017 vintage,” she told db.

McGaughy added that Napa’s vintners had been “very lucky”, considering other regions who had suffered from “tremendous hail damage” this year.

Earlier in the year Burgundy announcing it would install the largest ‘hail shield’ in the region, using around 125 ground generators to release silver iodide into the atmosphere to protect around 42,000 hectares by preventing the formation of hailstones.  Similar measures had already been employed to protect smaller areas of Burgundy, Bordeaux and Southwest France.

In April, a violent hail storm swept through Italy’s Langhe area of Piedmont, only weeks after severe frosts hit areas of Italy and France. Late spring frosts also affected Bordeaux, which has already admitted that frosts were likely to cause a 20% price hike, Spain, Rioja Champagne, England, Austria, Switzerland, Hungary, Czech Republic, and Slovakia in May.