Burgundy to be completely covered by ‘hail shield’

Burgundy will be completely covered by a ‘hail shield’ that uses silver iodide to prevent the formation of hailstones, a technique that is already employed in the region. 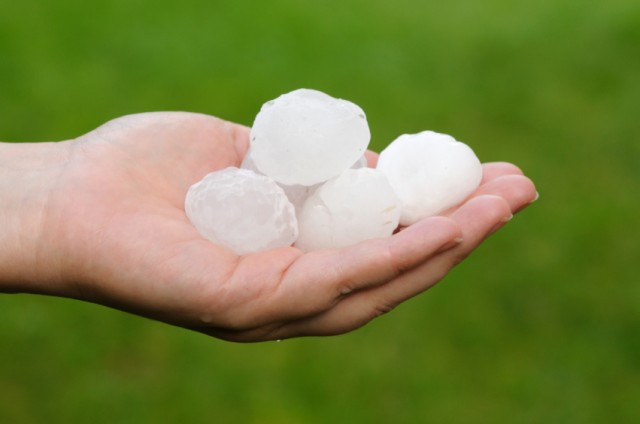 As reported by The Telegraph, by June this year, 125 ground generators will be installed in Burgundy, protecting roughly 42,000 hectares. The generators heat particles of silver iodide in a combustion chamber, prior to releasing them before a storm. The particles rise up to the storm clouds and help to prevent the formation of hailstones.

On receipt of a weather forecast predicting a minimum of a 40% chance of a hailstorm, every winegrower with a generator is alerted.

The ‘hail shields’ are already in use in Burgundy (covering 15,000 hectares) as well as in Bordeaux and Southwest France, however they have never been utilised on this scale.

Burgundy is renowned for being a ‘hail hot-spot,’ with severe storms leading to the almost total destruction of crops. Anne Parent, of Domaine Parent in Pommard, described a storm in 2014 as “like a machine-gun attack” after damage to the vines in the area ranged from 40% to 90%.

Last year, Chablis, Mâcon and also Beaujolais, to the south of the region, were badly affected. With the new generators, these regions will now be protected.

ARELFA, Burgundy’s regional association for the study and fight against atmospheric issues, is funding the project.

Speaking to The Telegraph, Thiébault Huber, president of ARELFA and the Volnay wine union, said: “Since 2001, it’s been terrible; when it hails, sometimes 90 or even 100 per cent of the grape harvest is lost. It’s more and more frequent.

“In 2012, we lost a huge amount to hail in the Côte de Beaune and Côte Chalonnaise. Last year, the Maconnais was hit, as was Chablis two or three times, and we had 11 alerts elsewhere.”

“We lost a massive amount of money and feared for our future, and decided we couldn’t just sit here arms crossed waiting for the hail to rain down and imperil our crops.”

Mr Huber, who along with his presidential duties is a biodynamic winegrower, owning four hectares of land in Volnay, Pommard and Meursault in Burgundy’s Côte de Beaune, explained that “the idea is to kill the storm before it arrives and avoid hail forming.”

“We are placing a generator every 10 kilometres to protect the entire region. But we are also planting them up to 50 kilometres before the vineyards,” he added.

The technique is only effective in 48% of cases, however, it avoids the high costs and regulatory issues associated with the use of netting in Burgundy.

Compared to an estimated €30,000 per hectare for netting, the generators cost just €8 per hectare.

When asked about the possible health risks involved with introduction of silver iodide particles into the atmosphere, Mr Huber stated: “There is no way I would use this technique if I thought it harmful”.

Raphaël Dubois, a winegrower in charge of the shield system in Nuits-Saint-Georges in the Côte de Nuits, stressed that winegrowers are not the only beneficiaries.

“This system also serves farmers and citizens who have a verandah or vegetable garden. When hailstones the size of golf balls fall from the sky, it’s not just the vines that are hit,” he told AFP.