Craft fights back against ‘big beer’ with independent seal

The US Brewer’s Association (BA) has introduced a new seal to indicate craft beers that have been brewed by independent brewers in response to the number of big beer owners snapping up craft breweries and releasing their own ‘craft beer’ brands. 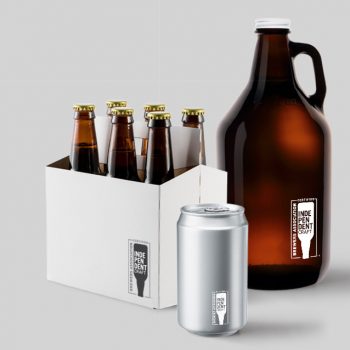 The new seal, accredited by the BA – which represents small and independent American craft brewers – signals that the brew has been produced by a brewery that is independently owned and “free of influence from other alcohol beverage companies which are not themselves craft brewers”.

“Independent craft brewers continue to turn the beer industry on its head by putting community over corporation and beer before the bottom line. They continue to better beer and our country by going beyond just making the beverage. These small businesses give back to their backyard communities and support thousands of cities and towns across the US,” said Bob Pease, president and CEO of the Brewers Association.

“As Big Beer acquires former craft brands, beer drinkers have become increasingly confused about which brewers remain independent. Beer lovers are interested in transparency when it comes to brewery ownership. This seal is a simple way to provide that clarity – now they can know what’s been brewed small and certified independent.”

Last year the US craft beer industry added 1.4 million barrels to its production volume, growing the segment by 6%, despite losing 1.2 million barrels to ‘big beer’ producers that had snapped up numerous craft brewers throughout the year.

The year saw an unprecedented amount of craft beer purchases by big brewers, as they work to gain a foothold on the thriving craft beer sector.

In the UK, AB InBev bought Camden Town Brewery late in 2015, with the brewery relocating to Enfield this year to a new £30m brewery. Heineken has also jumped on the craft beer bandwagon launching two new beers under its new Maltsmiths Brewery label earlier this year to entice the 75% of beer drinkers who have never tried craft beer into the growing category. While UK supermarket Asda introduced around 100 new craft beers to its range in a major refresh which aims to build “the most credible beer range in the multiples” earlier this year.

Small and independent craft brewers represent 99% of the breweries in the US, but make just 12% of beer sold in the country, with the rest coming from Big Beer and imported brands.

“As large brewers continue to have unprecedented influence and acquire millions of barrels of formerly independently brewed beer, the seal differentiates in a crowded and increasingly competitive marketplace,” the BA said.

The seal is available for use free of charge by any small and independent American craft brewers that have a valid TTB Brewer’s Notice, are willing to sign a license agreement and meet the BA’s craft brewer definition of craft beer. That is, those that produce less than six million barrels of beer a year, have less than 25% of the brewery owned by an alcohol industry member that is not itself a craft brewer, and whose beer derives from traditional or innovative brewing ingredients and their fermentation. Flavored malt beverages (FMBs) are not considered beers.

“Craft brewers build communities and the spirit of independent ownership matters” said Rob Tod, chair of the BA’s board of dIrectors and founder of the Allagash Brewing Company in Portland, Maine.

“When beer lovers buy independent craft beer, they are supporting American entrepreneurs and the risk takers who have long strived not just to be innovative and make truly great beer, but to also build culture and community in the process.”

For an indepth look at the evolution of ‘craft’ in the drinks industry, click here.