Charles Banks, the former co-owner of cult California winery Screaming Eagle, has pleaded guilty to one count of wire fraud and could face up to 20 years in prison. 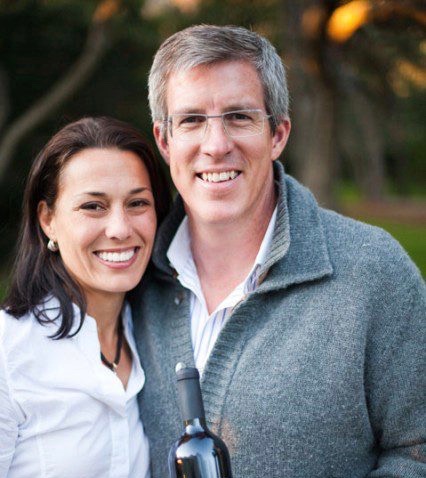 Banks, founder of winery investment company Terroir Capital, stands accused of defrauding former NBA star Tim Duncan out of over US$10 million in investments Banks made on his behalf over a 17-year period.

As reported by Wine Spectator, in a statement filed on 31 March, Banks’ lawyer, John Murphy, admits that he “acted with a knowing intent to deceive Tim Duncan”.

The statement reveals the Banks sent two texts to Duncan “that included statements that were untrue or were made with a reckless indifference to their truth or falsity”.

“Charles Banks, has come to the difficult decision of resolving his current legal issues with the US Attorney’s office,” a statement from Terroir Life said.

“Despite defending himself and strenuously denying the charges put forth, Charles will be entering a plea to one count of wire fraud in federal court on 3 April.

“In a matter that he sees as constituting a civil case gone wrong, Charles believes that this decision is in the best interests of his family and Terroir, which is not and has never been implicated in any of the charges or allegations.”

In the wake of the case, Terroir Life’s COO, Kevin McGee, who spent eight years as an adviser to the late Jess Jackson of Jackson Family Wines, has been promoted to CEO.

“This recent change in corporate structure will in no way jeopardise the incredible group of talented individuals that we are proud to call our Terroir Life wine family,” McGee said.

“All employees associated with Terroir Life will continue to do their jobs and collectively grow our exciting business on a global scale,” he added.

Last September Banks was indicted on two counts of wire fraud in a federal court in San Antonio.

Seeking damages of at least $1 million, Duncan filed a lawsuit against Banks on 29 January accusing the financial advisor of breach of fiduciary duty.

The NBA star accused Banks of persuading him to make a $7.5 million loan to Gameday in 2012, a company Banks controlled, which would be repaid over five years at 12% interest. Duncan claims Gameday failed to make the payments.

“I invested in a series of opportunities presented by Charles Banks on his assurance that we were working together for my family’s long-term financial security,” the sportsman said.

“Banks exploited my good intentions and our relationship for his personal gain and my substantial loss. I’m saddened that my name will join the list of athletes to fall victim to this sort of misconduct,” he added.

When the lawsuit was filed Banks denied the allegations to Wine Spectator, claiming that Duncan was using the lawsuit as leverage to cash out early on minimum investment periods following his divorce.

“It’s completely false. He has been paid. It’s been a good investment for him. He’s made over $2 million since October 2012,” Banks told the magazine.

Federal prosecutors eventually filed four charges of fraud against Banks in his dealings with Duncan and Gameday.

Banks’ lawyers disputed the charges and filed a motion to move the trial to Los Angeles, as it would be hard to find an unbiased jury in San Antonio, where Duncan is a local hero.

Federal district judge Fred Biery denied the motion and set a trial date of 30 May, but Banks pleaded guilty to one count of wire fraud in San Antonio yesterday.

Banks bought Screaming Eagle in 2004 with real estate magnate Stan Kroenke, but sold his share in the winery in 2009 to set up winery investment group Terroir Capital, leaving Kroenke as the sole owner.