Prosecco ‘takes over from discounted Champagne’

Sales of Prosecco will surpass 412 million bottles by 2020, as the Italian sparkling “takes over from discounted Champagne”, according to Vinexpo CEO, Guillaume Deglise. 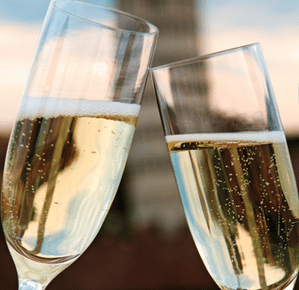 During a presentation in London yesterday, Deglise released findings from a biennial study by Vinexpo and the IWSR into global wine and spirits trends, which showed, in particular, the expansion of the sparkling wine market worldwide.

Revealing IWSR forecasts that sales of sparkling wines (including Champagne) will grow by 8.6% to total 240.4m 9l cases by 2020, up from 221.3m in 2016, he said that “the big trend is Prosecco, which will definitely drive sparkling wine growth for the future”.

Continuing, he said that Prosecco sales would outgrow all other types of sparkling wine, increasing by over 36% over the next five years from 25.2m cases to 34.4m cases (or 412.8m bottles), giving the Italian fizz a 9.2% share of the global sparkling wine market.

In contrast, he produced statistics to show that Champagne would show just 1% volume growth over the same period, Cava would remain stable, and Asti would drop by almost 6%. Meanwhile, ‘other sparkling wines’ would rise by 2.1% (see table below).

Commenting on the success of Prosecco, Deglise said, “Prosecco is a brand, people now order it by name, and it is seen as an everyday luxury.”

Considering the key markets for the Italian sparkling, Deglise said that Italy would remain the leading market for Prosecco in 2020, but added that “the UK will play a very important role in the growth of this category”.

Indeed, while Prosecco sales are forecast to hit 12.7m cases in Italy by 2020, up 14%, the UK market is expected to grow by more than 17% to reach 8.3m cases in the next five years, making it double to size of the third largest market for Prosecco, the US, which is predicted to consume almost 4.2m cases in 2020, up 19%.

Speaking specifically about the UK, Deglise said that the growth in Prosecco sales was coming at the expense of the cheapest end of the Champagne market.

“Prosecco is taking over from discounted Champagne,” he said, referring to trends in the UK, although he said that the same thing was happening in Germany and the Nordics.

He also said that the increasing popularity of Prosecco may also affect the market for still rosé in Britain. According to the IWSR forecasts, rosé volume sales are expected to drop by 4.4% over the next five years in the UK, even though the global market for this wine style is predicted to grow by almost 6% by 2020.

Commenting on why rosé sales may be set to fall in the UK, Deglise said that sparkling wine and rosé occupied the same aperitif drinking occasion, and fizz had now become the preferred option.

Similarly, Mark Meek, who is CEO at the IWSR, said that consumers were switching from rosé to Prosecco.

“Rosé was the approachable easy-to-drink wine for younger consumers, but now they are switching from rosé to Prosecco,” he observed, before also noting that some were moving from rosé to flavoured ciders for the first drink of the evening.

Across Europe however, Prosecco-based cocktails such as Aperol spritz and Hugo “are playing a very important role in the growth of Prosecco,” according to Deglise.

Notably, he also said that China “is finally starting to play a role in sparkling wine consumption,” with the market expected to enjoy a 44% increase in sparkling wine volume sales from 1.53m cases in 2016 to almost 2.2m in 2020.

However, he said that such growth should not be attributed to Champagne or Prosecco, but “low-end sparkling wine, and mainly locally-produced sparkling.”

He also mentioned the success of Chandon China, which was launched two years ago.

Finally on the subject of fizz, Deglise observed the “big buzz” around English sparkling in the UK, but said that, “for the moment, availability remains limited, and consumption will only grow with plantings.”