Australian Vintage has argued that despite the Brexit “speed bump” which impacted its half-year results by AU$10.5 million, opportunity remains for further growth in the UK market, following an otherwise “pleasing performance” in the last year. 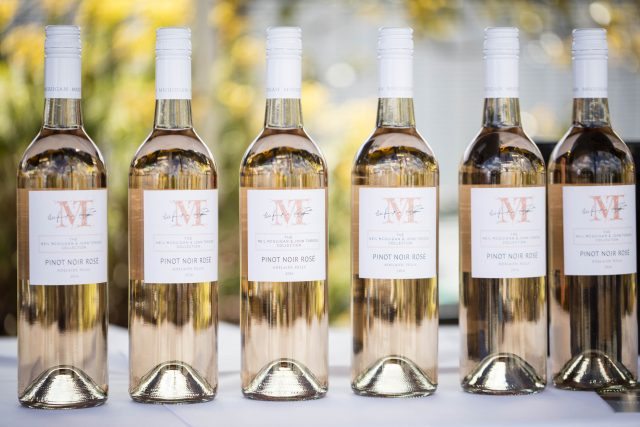 Talking to db after the publication of its recent half-year results, Australian Vintage’s general manager UK and Europe Julian Dyer  said there was still plenty of opportunity for growth in the UK market.

Although Dyer said the downward pressure on Sterling was likely to continue to see downward pressure in the short to medium term and the consensus was that it would remain at current levels for some time, the longer-term view was more promising.

“All wine importing companies (or more accurately all imports) are affected similarly, so fortunately we are all affected equally and there are no competitive advantages or disadvantages as a consequence,” he told db. “In the long term we expect exchange rates to return to normal levels, so what we have now is a ‘speed bump’ ahead of a return to the motorway.”

He added that there was a “strong appetite” from both the UK and Australia to put in place a free trade agreement (FTA) at the earliest opportunity, which would bring significant upside to the Australian wine category.

In the meantime, strategies put in place by Australian Vintage in January to improve margins in the UK and Europe would build the business, he insisted and the increase in above-the-line investment in the last year demonstrated its commitment to the UK market and to build its branded portfolio over the long term.

“The devaluation of GBP has been too severe to protect consumers from inflation indefinitely, and it is only reasonable that the price of imported goods rises to some degree. That’s just basic economics. This is why it is critical to continue to invest in and support our core brands, to maintain and build customer loyalty and engagement,” he argued.

“We have examined all areas of our business, and we are confident that we have a successful formula – superior award winning quality, exciting innovation, strong brand health, strategic customer partnerships, efficient operations and service – that will continue to see great value offered both to our direct customers and to end consumers.”

Overall, he said he was “delighted” with the growth seen over the past year.

“It has been a significant year for us, highlighted by the fourth IWSC International Winemaker win, and also by a number of new above the line initiatives, including our first ever TV campaign, as well as sponsorship of two summer food and music festivals. This saw our brand awareness grow by 4 percentage points, and saw our market share volume grow by 5.4% (Nielsen 52 w/e 31 Dec), consolidating our no 4 global brand position.

This, he said amounted to a “very pleasing performance” when one considers the top 50 wine brands saw volumes decline by 3.7%.

The McGuigan brand, for example, rose 4.3% in the UK and there was strong growth in the impulse channel, which has been a key focus, and which grew by 44.3% over the same 52 week period.

“I am confident that we have further growth opportunities for 2017, and we will continue to invest in this market, and to work collaboratively with our partners, to achieve those objectives,” Dyer said.

However, branded sales performed well in a declining market with volumes up 3%, the company said, even though the impact of the exchange rate has resulted in actual sales declining.

It said it would continue to focus on its key brands – McGuigan, Tempus Two and Nepenthe – arguing that despite the tough six first six months it remained confident its strategy was “the correct one”.

In the UK and Europe, the unfavourable exchange rate impacted sales by AU$10.6m, with sales in this region falling 18% to AU$47.6 million. The UK and Europe saw its contribution to overall sales fall by AU$3.2 million.

“Contribution from this segment decreased by $3.2 million, again due to the unfavourable exchange rates which impacted the result by $3.7 million”, the director’s report said. “Like every other Australian wine business that exports to the UK, the unfavourable movement in the pound has negative impacted profit.”

“The UK market will remain challenging and we do not expect any changes in the condition in the next 12-18 months.”

But the company said it had implemented strategies to protect its UK margin against the falling pound, which had became effective in January, although the effect of these are likely to be more clearly seen in the full year results.

Sales to Asia fell, down 10% but the company said was due to the timing of orders from major distributors and that the company was “back on track to achieving sales growth in Asia”.

The US received a boost from a new deal with key distributor Palm Bay International, described as “a great step forward” for the company in its continuing battle to create “a truly global footprint for the brands”.

“The USA is a hard market to crack and it will take time,” the directors’ report said. “As Palm Bay’s exclusive Australian supplier we believe we have an exciting future together.”

Declining sales of lower margin cask wines led to sales to the North America and Australasia falling by AU$0.9 million but branded wines were in line with the previous period it said. North America saw a 3% increase in sales.

New laws in New Zealand around promotional activity on booze had impacted its sale to New Zealand, falling 22% but were not “settling down”, with more encouraging sales in the last two months.

Australian Vintage’s CEO Neil McGuigan had previously described Brexit as a “slap in the face”, but something that did not lessen the importance of the UK market.