Burgundian vintner Etienne de Montille is planning to build a winery in southern Hokkaido in Japan to produce cool-climate Pinot Noir and Chardonnay, in what he describes as “a complete pioneering project” for any French winemaker. 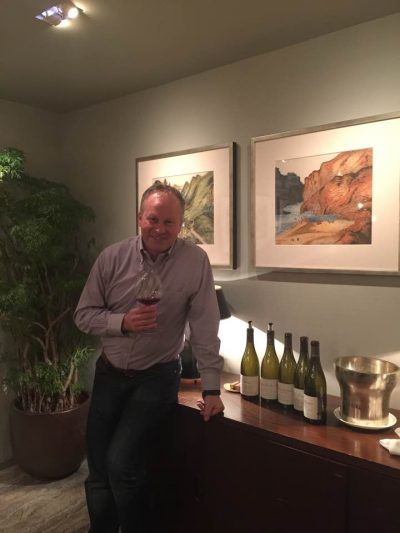 Speaking to dbHK during a media luncheon hosted by the Altaya Group, the scion of the Volnay-based de Montille family revealed that he is buying up vineyards in Hakodate to open up a winery next year. The initial vineyard size will be three to five hectares, but eventually will be expanded to 10 to 15 hectares, he added.

According to the winemaker, Japan is the only country that has both, “the potential for producing high quality Pinot Noir and a strong domestic wine market,” he revealed after visiting various vineyard sites in Chile and New Zealand.

Noting that winemaking in Hokkaido is not a new concept, he stressed that a few local wineries such as Yoichi and Yamazaki have been making wines in northern Hokkaido for years. However, the northern region of Hokkaido experiences too much snow during winter, making the warmer southern region of Hakodate, a better option, he said.

“The climate is cool enough to produce balanced wines, and the soil is a low-yield volcanic type,” he continued, explaining the terroir and climate in Hakodate. Rainfall in the region is higher than neighbouring areas, he noted, averaging between 140 and 180 millimetres a month in summer.

However, he emphasised that rainfall is not a concern, as simple measure such as a good drainage system and covering soil with plastics can lessen the effects of rainfall on vineyards.

“I am not saying that I am going to succeed, but we will do everything to succeed. It’s going to be a great experience, a great challenge and we are going to learn so much, and ultimately it’s gonna help us to do better in Burgundy.”