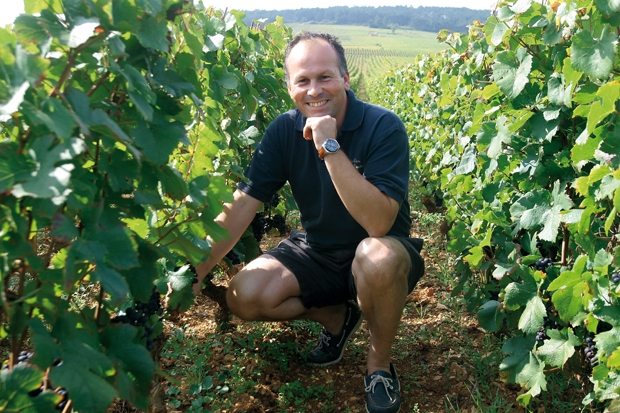 Speaking to the drinks business HK, de Montille said that Asia as a whole was a “dynamic market” for Burgundy, but mentioned that Hokkaido is a “surprising contender” for producing international grape varieties of high quality, having just come back from a visit around some of the wineries.

“I was impressed. Some of the wineries there – Yamazaki, Tokachi, Yoichi – are producing some very interesting wines made from Chardonnay, Merlot and Cabernet Sauvignon that I think can stand up to international scrutiny. Of course, 95% of production is for local consumption but I think if that they produced more, then they could find some positive responses from other markets.”

Japan, itself is Asia’s prime and oldest market for Burgundy, with de Montille saying that he has been exporting to Japan for as long as he has been for the US.

Despite Asian wine drinkers as a whole being staunch consumers of red wine, de Montille said he has seen recent interest in his white wines which he feels pairs well with Asian cuisine, especially Cantonese. De Montille also thinks that Burgundy producers need to invest more in visiting Asia so they can see for themselves the end consumers of their wines.

“After all, Burgundy as a region is hard to understand, hard to get. Consumers do need a guide, I think but as there are younger wine consumers now than ever before, producers need to see who they are. The region is developing rapidly and we need to keep a handle on what’s going on.”

Next week’s Vinexpo will of course, provide opportune moments for producers from all over the world to engage with their Asian audiences – and especially those who aren’t in the key export countries.

“For those markets where we only have a small allocation – Thailand, Indonesia and Malaysia for example – Vinexpo will be a wonderful opportunity to meet with distributors and retailers. After all, these countries may be small now but in the next 15-20 years that could all change and we need to keep these partnerships going.”