Sales of sparkling wines are expected to rise by around 500% on the Friday before Christmas, according to a new report by Sainsbury’s. 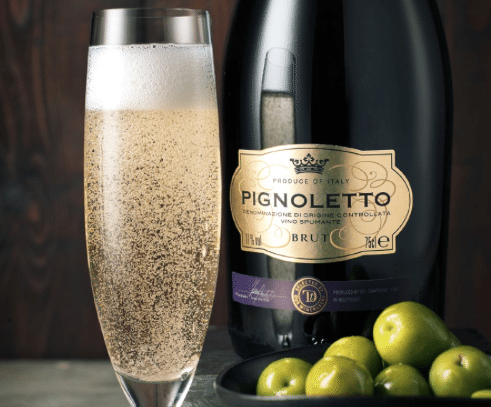 The retailer, which has released a new drinks report, Christmas Uncorked, said Friday 23rd December is set to be the UK’s biggest day for sparking wine sales, dubbing it ‘Fizz Friday’.

The BWS team predict the peak will see five times more bottles shifted at Sainsbury’s compared to a ‘normal’ Friday – to around 500,000 bottles. It is pushing its new Taste the Difference Cremant de Loire NV, which technical manager and winemaker Richard Maltby previously described as “in between a Prosecco and a Champagne” in style in order to maximize its appeal to consumers. Maltby has tipped it as this year’s Pignoletto – the Italian Prosecco alternative that chief executive Mike Coupe credited for boosting the retailer’s Christmas results last year.

The peak day comes as its research showed shoppers were better at planning ahead for online Champagne purchases, searching for the traditional French drink up to three weeks in advance, a week earlier than Prosecco and other sparkling wines, French wines, and port and sherry. Fine wines, cocktails and liqueurs were more likely to be left to the final week before Christmas as a last minute order, it found.

Prosecco remained the most widely searched booze item of Sainsbury’s online, with shoppers spending £9 million on it in the week before Christmas last year, a third more than the previous year. Around 57% of Prosecco sales occur at Christmas, it noted, compared to 28% of other sparkling wines, and 15% of Champagne.

People were also 35% more likely to splash out on sparkling wine at Christmas – rising to 43% when looking at the South East – and around 58% of sales of sparkling wine magnums were accounted for in the Christmas period. Regional variations found that Londoners were more likely to give Champagne as a gift, around 18% compare to the national average of 14%.

Other regional variations identified by its data found red wine was the favourite drink  in East Anglia and shoppers in the East Midlands were twice as likely to gift beer or cider as a present than wine. But it was predictably good news for trading up trends, as around 9% of consumers buy more expensive wines for Christmas than at any other time of the year, rising to 15% in the North West of England.

Around 17m bottles of wine and spirit were sold at Sainsbury’s in the two weeks before Christmas last year, according to Nectar data in 2015 provided by Aimia, the retailer said.