Dead Rabbit bar to pop up in London

One of New York’s most renowned and revered bars, The Dead Rabbit, will pop up in London for a month at the Big Easy in Canary Wharf. 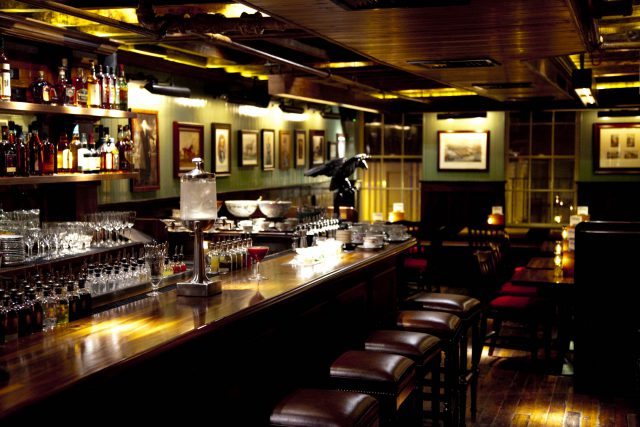 Launching at Big Easy Canary Wharf on Thursday 16 June until 13 July, as part of the residency a Rumble in the Tumbler menu has been created that pits six cocktails from Dead Rabbit against six created by Big Easy’s Csabi Toth in a battle of the bartenders. Mixologists from Dead Rabbit and Big Easy will work in tandem in their respective uniforms.

Dead Rabbit’s signature Irish Coffee serve, made with Powers Signature, demerara coffee and cream, will also be available at the pop-up.

Named after an infamous 19th century street gang, The Dead Rabbit is run by Belfast barmen Sean Muldoon and Jack McGarry’s, who offer sophisticated cocktails in a traditional Irish tavern in lower Manhattan.

The tap room on the ground floor has a sawdust-covered floor and serves a selection of craft beers, bottled bunches and Irish whisky, while the cocktail bar resides upstairs.

“Collaborating with one of the world’s best cocktail bars is a dream come true for us, and we are delighted to bring something completely unique to the London cocktail scene,” said Big Easy co-founder Paul Corrett.