Carlsberg has brewed a beer using one of the first “pure” yeast strains that is the “forefather” of modern lagers to celebrate its laboratory’s 140th anniversary. 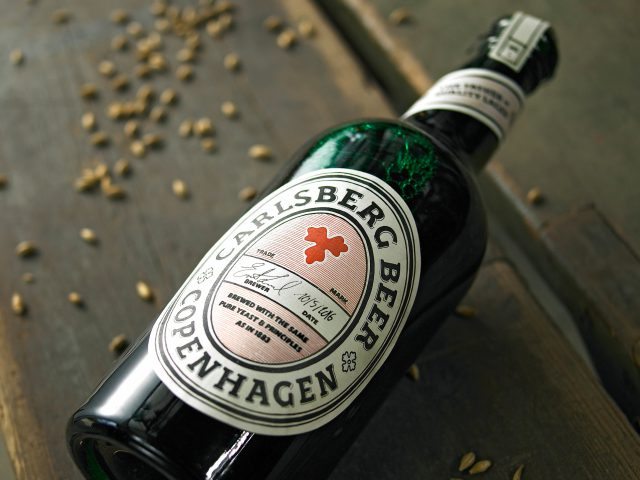 Researchers from Carlsberg’s laboratory have been able to extract living yeast cells from a bottle of beer in the brewer’s Copenhagen cellars dating to 1883. However, only 30 bottles have been made and there are no plans to produce the beer commercially although there are plans for limited tastings to take place in key markets.

The yeast strain, known as ‘Saccharomyces pastorianus’ and sometimes by its synonym ‘Saccharomyces carlsbergensis’, was one of the first ‘pure’ cultivated bottom-fermenting yeasts to be used in industrial beer production and which did not cause beer to spoil.

Initially classified by German scientist Max Reess in 1870, the first real research into it was conducted by Emil Hansen at the Carlsberg brewery in 1883. Hansen isolated a pure culture that had been donated by the Danish brewer to one in Munich in 1845 and put it into industrial production in 1884 as ‘Carlsberg yeast no. 1’.

To celebrate Carlsberg Laboratory’s 140th anniversary, researchers and scientists at the same lab Hansen once worked in have cultivated that year once again and made a beer using brewing techniques from 1883.

Professor Flemming Besenbacher, chairman of the Carlsberg Foundation and the Board of Trustees of the Carlsberg Research Laboratory, commented: “The Laboratory is renowned for some of the most extraordinary inventions of the past century, ranging from Professor Dr. Emil Chr. Hansen’s method of purifying yeast to the invention of the pH scale, the concept of protein structures and the characterization of enzymes.

“Carlsberg Research Laboratory remains a crown jewel in Carlsberg’s jewellery box and this beer, the first quality lager, was rebrewed in honour of the Lab’s historical research developments and its present day capabilities.”

This is not the first “historical” beer of recent times. An Israeli brewery recently used a rare type of grain to make a beer that would have been drunk at the time of Jesus, while an archaeological find in Peru inspired a US brewery to create a limited edition pre-Incan beer.

Meanwhile, in 2014 Belgian scientists and a Finnish brewery collaborated on re-creating a mid-19th century beer from samples salvaged from a shipwreck in the Baltic.

Like the resurrected Carlsberg brew, it used an original yeast strain obtained from the preserved beer.