Belgian scientists and a Finnish brewery have cracked the make-up of a 170-year-old beer found on a shipwreck in 2010 and are now making it commercially available. 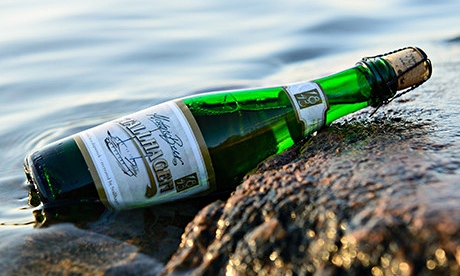 As the drinks business reported in March of last year, Finnish brewery Stallhagen was tasked with replicating the beer found on a shipwreck dating to the 1840s.

The wreck was found off the Aland Islands – an autonomous Swedish-speaking chain of islands in the Baltic belonging to Finland – in 2010 along with several bottles of Champagne from Piper-Heidsieck and Veuve Clicquot, 11 of which were auctioned in Paris in 2012.

With the help of researchers from the KU Leuven Brewing Technology Research Group in Belgium, the beer was found to have originated from Belgium itself and the two companies have created two versions for commercial use.

Brewmaster Gert de Rouck of KU Leuven told The Guardian: “Based on the micro-organisms in the bottles, we were able to figure out which type of yeast and bacteria were used by the beer’s 19th-century brewers. This information allowed us to trace the beer back to Belgium.”

The first – and most expensive – is made using the same yeasts and hops as the original beer, while the second, “more commercially viable” option is a replica using more modern ingredients but which tastes very similar to the original beer and its more expensive cousin.

The first will cost €113 (£89) a bottle, has an abv of 4.7%, is sweeter than modern beers because of how the malt was produced and is intended for “connoisseurs”.

The second beer is cheaper (around €6 per 37.5cl bottle in Finland) and will be rolled out in what is hoped will be a global push, with part of the profits (as originally slated) going to support scientific and archaeological research in Finnish waters.

Stallhagen CEO, Jan Wennström, said: “This beer is absolutely delicious and offers consumers a taste of history. It’s very Champagne-like with soft bubbles because of the way it has been made to replicate the original which used very little hops so it’s golden yellow with none of the typical bitterness or hops aroma. The taste profile is closer to wine than beer.

“It’s a fascinating story and we’ve all been working hard for a very long time on this project and are excited to be bringing the beer to market.”