Resilient UK on-trade is ‘on its way back’

Bars and restaurants in the UK are better placed to innovate and attract penny-pinching consumers now than they have been for the past seven years, according to research commissioned by the London Wine Fair.

On-trade venues have been left bruised and cautious by the economic downturn and spending slumps as many consumers remain worse off than they were in 2008. However, an openness to new ideas – and a focus on quality food and drink – has shaken up the industry and is winning people back, according to the Carpe Vinum report.

Richard Halstead, chief operating officer at Wine Intelligence, which carried out the research, described the current feeling in the on-trade as like “coming out of a long winter,” but warned, “the cold winds of austerity haven’t quite finished with us.”

“The sales data shows all drinks sales are down over a 3-4 year period, especially in beer, but on-trade spending intentions are looking positive. So we’re moving off the bottom of the curve, but clearly some way to go before we reach pre-recession numbers,” he said.

Stemming the tide of consumers attracted by the high-standard and value of supermarket drinks, healthier ready meals and better home entertainment are bars that have “combined formats” to offer good food as drinking levels decline.

The rise of the gastropub – which takes quality food and drink typically associated with formal restaurants and places it in a more comfortable, affordable setting – is evidence of this trend, the report says.

As such, it warns that traditional boozer-style pubs that offer “choice over quality” could soon die out. “Last century’s world of stand-up beer drinking in poorly lit and scruffy pubs is being pushed further to the margins, and may disappear entirely from urban centres over the next 5-10 years,” it says.

In the restaurant sector, the Carpe Vinum report argues that white-cloth establishments may remain popular to elite consumers unaffected by the recession, but venues that don’t stick to rigid mark-ups and that offer more eclectic wine-lists at good value will perform better with the average diner.

“Better wine at reasonable mark-ups demonstrates a recognition that providing the consumer with better value will encourage them to experiment, try new wines and ultimately increase their spend; 41% of consumers say that they enjoy trying new and different styles of wine on a regular basis,” a statement attached to the report said.

However, it argues that wine could do more to attract the same level of attention from quality-conscious consumers as other categories: “Not enough is being done to demonstrate that as far as the provenance and artisanal craft trend is concerned, wine ticks all the boxes”.

Ross Carter, event director of the London Wine Fair, which commissioned the research, said, “Investing in Carpe Vinum is part of our commitment to add value to the UK wine industry. Whilst this – our second report – focuses on the on-trade sector, its findings, which highlight that success comes with 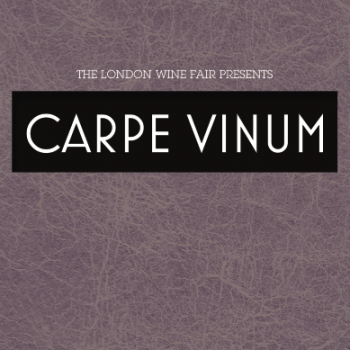 innovation and quality, are pertinent to the industry as a whole.”

The research features analysis of all drinks categories, venue types and also has testimonies from sommeliers and industry representatives. Hard copies will be freely available at the London Wine Fair.

There will be an industry briefing at the fair on the report’s findings – presented by Wine Intelligence’s Richard Halstead – at 10.30am, on Tuesday 19 May.