Just in time for summer, a pair of young entrepreneurs have launched what they claim to be the world’s first Bellini-flavoured ice lolly made with real Prosecco. 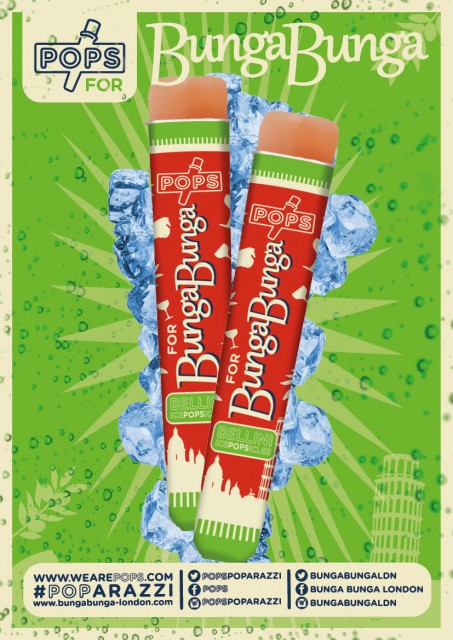 Inspired by Giuseppe Cipriani, founder of Harry’s Bar in Venice and inventor of the Bellini cocktail, each popsicle is made of 29% Prosecco paired with peach schnapps, giving them an abv of 3.8%.

Made in the UK, the punchy popsicles also feature blood orange and hibiscus flowers to give them the cocktail’s signature pale orange shade.

Cipriani named the cocktail the Bellini after Venetian artist Giovanni Bellini as its colour reminded him of a peach-hued toga worn by a saint in one of his works.

Last July, James Rae and Harry Clarke launched the world’s first Champagne-flavoured popsicle onto the market through their “Pops” brand, which soon became a hit at summer season events like Henley Royal Regatta and the Veuve Clicquot Gold Cup polo at Cowdray Park, and went on sale at Selfridges.

“We’re thrilled to have created Pops for Bunga Bunga. We love working with fun and innovative brands and Bunga Bunga is one of the best concept venues in London,” said Clarke.