The Wine & Spirit Trade Association is calling on the drinks industry to make use of its new website designed to tackle the UK’s £1.3 billion alcohol fraud problem. 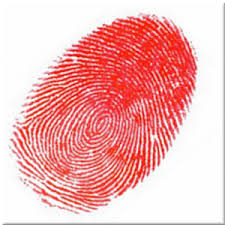 www.wstafraudreport.co.uk allows drinks producers, distributors and retailers to support the work of police by reporting suspected fraud cases with the use of an online map.

This allows the WSTA to pass information to the authorities confidentially and is expected to help in the identification of particular trends and fraud hotspots.

Fraud offences range from a failure to pay duty to counterfeit or illicit alcohol sales. According to UK government data, wine fraud accounts for £340m in unpaid tax, while spirits and beer add a further £260m and £700m respectively.

“Alcohol fraud in the UK damages businesses and consumers and deprives the Treasury of around £1.3bn annually in lost revenue,” said WSTA chief executive Miles Beale. “Yet too often information about incidents of fraud, particularly retail fraud, is insufficient or too fragmented for the authorities to use.”

Explaining the need for this new website, he observed: “The WSTA takes this issue very seriously because it affects legitimate businesses whose existence is threatened by fraud. This is why we are further enhancing our counter-fraud measures with this bespoke website. It will allow the WSTA to pass on information about fraud to the authorities confidentially and protecting the identity of the person submitting it.”

As a result, concluded Beale, “We are urging all members of the trade to come forward to report any fraudulent activity so that together we can better identify alcohol related fraud where it occurs – and to call for a swift response.”

The move comes after the UK’s Food Standards Authority set up a wine-focused crime unit last year, arguing that the drinks industry was not doing enough to police the problem itself. A report earlier in 2014 suggested that as many as one in five of the bottles on UK shelves could be fake.

In the wake of the Rudy Kurniawan scandal, the fine wine market has also been exposed as a major area of fraudulent activity, with db reporting only last week on a UK investment firm accused of taking millions of pounds from clients after promising “wildly over-estimated” returns.