US fans of UK heavy metal band Iron Maiden will soon be getting a taste of the group’s best-selling ale as it was announced that a canned version will be heading stateside early next year. 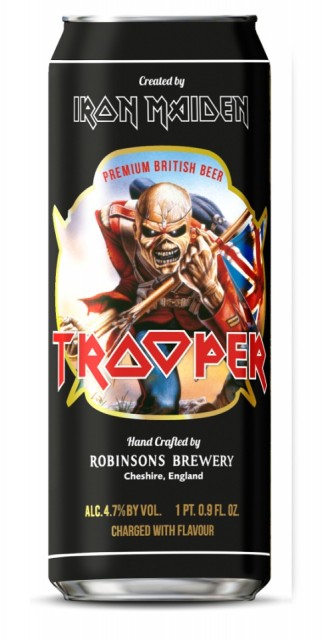 Bruce Dickinson, lead singer of the band, explained that the advantage of cans is that they are easier to recycle, quicker to chill and better for the protection of the beer.

Furthermore: “Cans don’t break or smash, meaning they can be taken to venues, sporting events, campgrounds, beaches, and music festivals, where glass is not typically allowed.”

Craft beers are soaring in popularity in the US but, as opposed to some other markets, breweries are increasingly choosing to can rather than bottle their beers apparently.

Cask, one of the US’s leading canning companies said that sales of craft beers in cans is up 89% year on year as opposed to just 9% in bottle.

Oliver Robsinson, managing director of Robinsons Brewery which makes Iron Maiden beer, told the paper: “At the start of the millennium only a handful of small North American producers were canning their beers.

“Today, it’s the biggest growth area in the US craft industry with more than 400 US craft breweries all electing to can their beers rather than bottle, and I have a sneaky suspicion that a canned comeback could be on the cards for the UK as well.”

Since launching in 2013, Iron Maiden beer has seen phenomenal success, far above what was initially expected with Robinsons brewing three batches a day to keep up with demand and the beer finally distributed nationally through Morrisons supermarket chain.

The band regularly tours the states, where it has a huge fan base. Having cracked the US musically can its beer now have similar success?