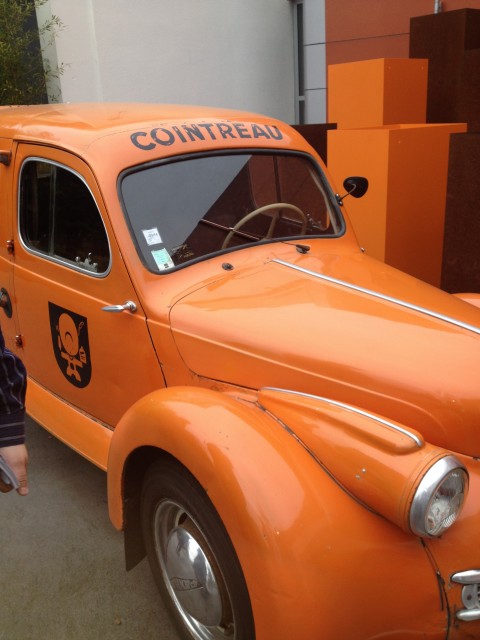 This week, db‘s Neal Baker was invited to take part in the Cointreau Academy, getting an insight into the history and philosophy of the famous orange liqueur brand. Touring the distillery revealed some gems, such as this classic delivery van that hailed from the 1960s. It has a special place in the heart of 6th generation and current heritage manager Alfred Cointreau, who recently used it as his wedding car! 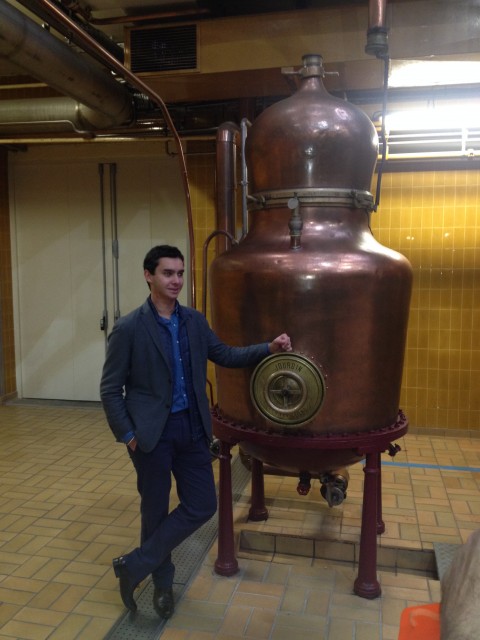 And here is Alfred with another prized asset: the company’s oldest still, that dates from the mid-19th century when the Cointreau family first entered the world of liqueurs. It is still used to this day on the making of special products. 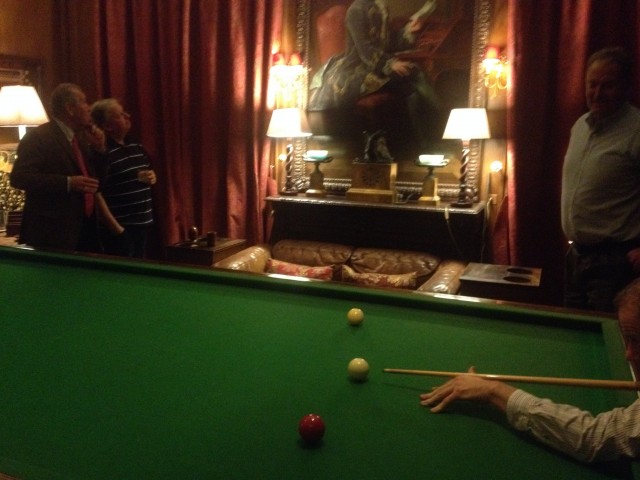 And completing the trip was a night’s stay at the Chateau de Briottieres in the Loire Valley, where exceptional (and eccentric) host Francois de Valbray (far left) welcomed the guests to his beautiful, centuries-old guest house. Cocktails a-plenty, food to die for, and the opportunity to play a few games of carom billiards – the visitors had to be dragged away kicking and screaming the next morning. 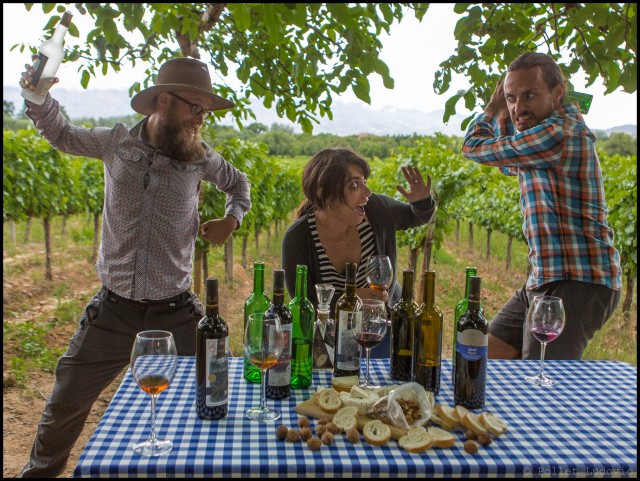 The fun never stops with the Wine Explorers, seen larking about here at a tasting at Bodegas y Viñedos La Concepción in Bolivia on a sunny afternoon with Claudia Morales, the owner of the domain. After 11 months on the road, Bolivia is the 22nd country to have been visited by the duo on their exploration of some of the world’s most unusual wine regions. 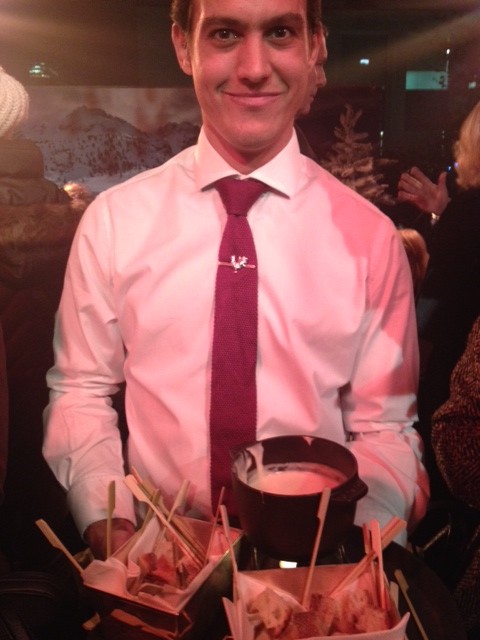 db made a beeline for Coq D’Argent’s this week in London’s City this week to test out its new “aprés work” ski-themed rooftop bar and terrace. Among the naughty treats on offer was this deliciously decadent cheese fondue. 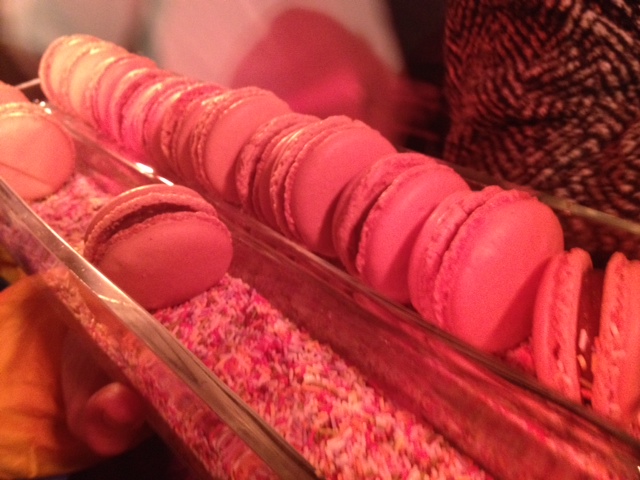 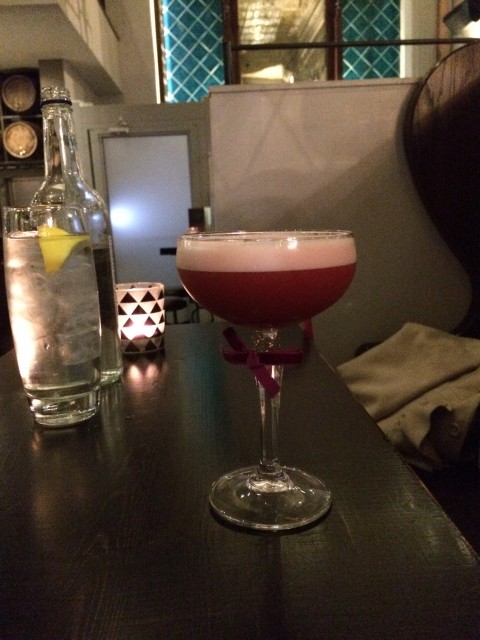 After the tartiflette stopped flowing, db hoofed it to nearby barrel-aged cocktail bar Silk & Grain, where we enjoyed a twist on classic cocktail the Clover Club – the Panky Club, which mixed Tanqueray, Martini Rosso, Fernet Branca, raspberry, lemon and egg white.

Members of the trade gathered at New Zealand House in London for the official launch of The Family of Twelve – a unique case of New Zealand wines sourced from 12 of New Zealand’s most enduring artisanal wineries. 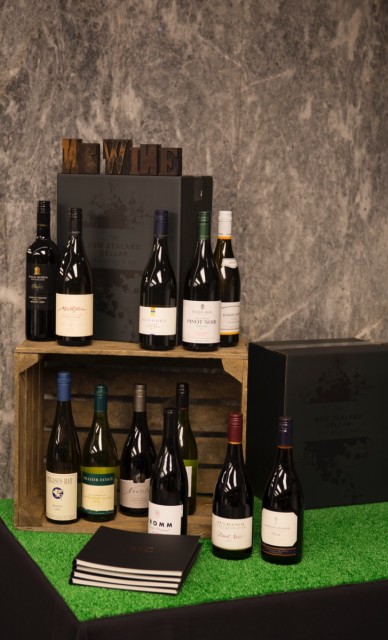 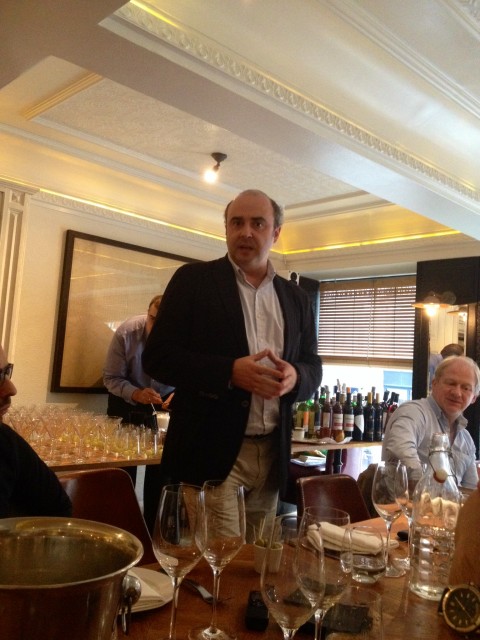 Felix Solis Ramos of Spanish wine giant Felix Solis was in town this week for an interesting blending session of his new top drop, La Unica, made from a blend of three different strains of Tempranillo from the company’s estates in Rioja, Ribera del Duero and Toro. 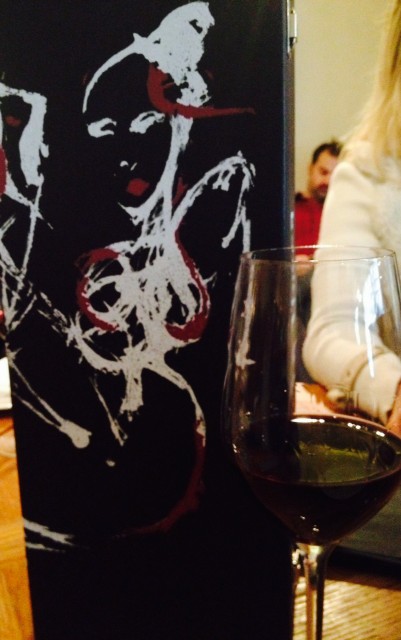 As the name suggests, each bottle of La Unica is unique, with Felix Solis having commissioned Argentina-born, Berlin-based artist Mariano Rinaldi Goñi to paint bespoke artworks for each of the 2,600 bottles released this year. 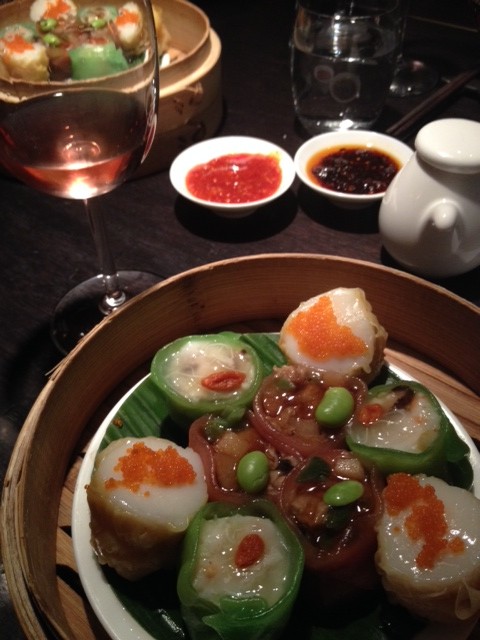 db was very lucky to be invited along to a Provence dinner at London’s Hakkasan restaurant in Mayfair on Thursday, hosted by Vins de Provence. Guests were treated to a selection of rosé wines served alongside an impressive menu of modern Cantonese cuisine, including these delightful dim sum. 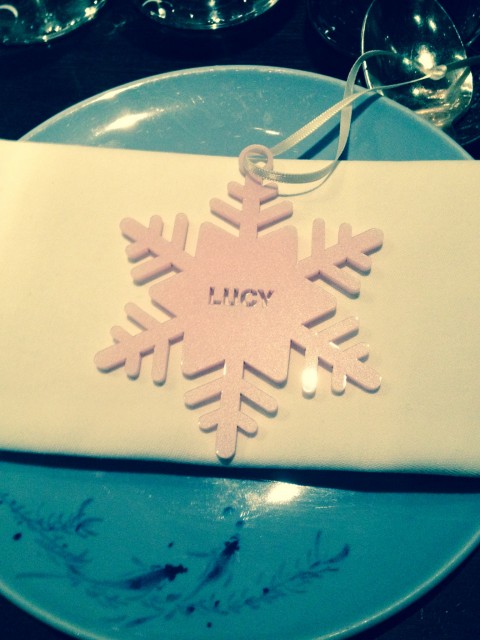 Place settings for the dinner were not only pink, but decidedly festive 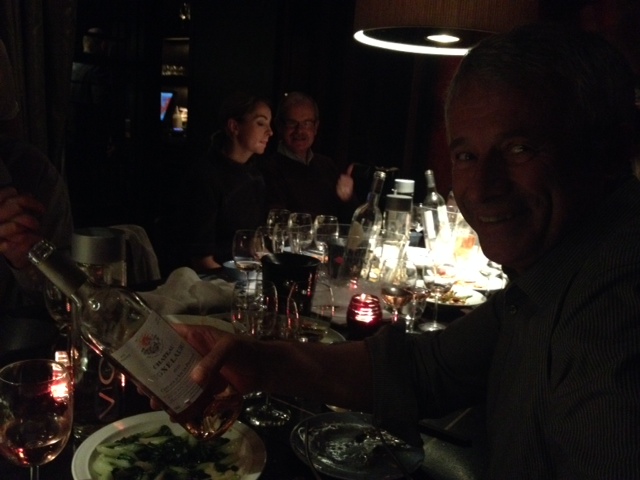 The charming Francois Millo, directeur general of Vins de Provence, makes sure his guests’ glasses are topped up. 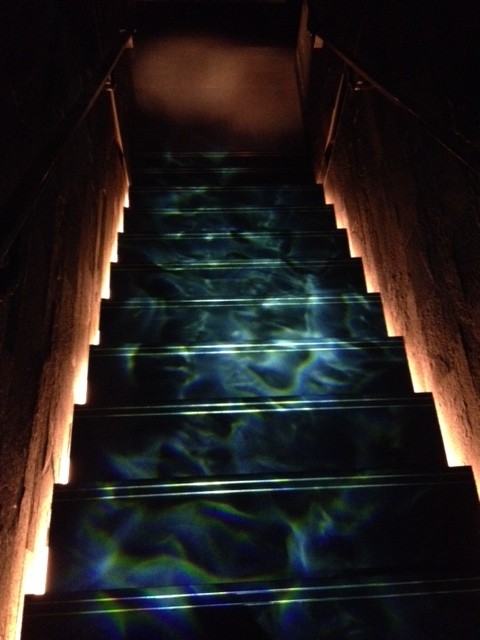 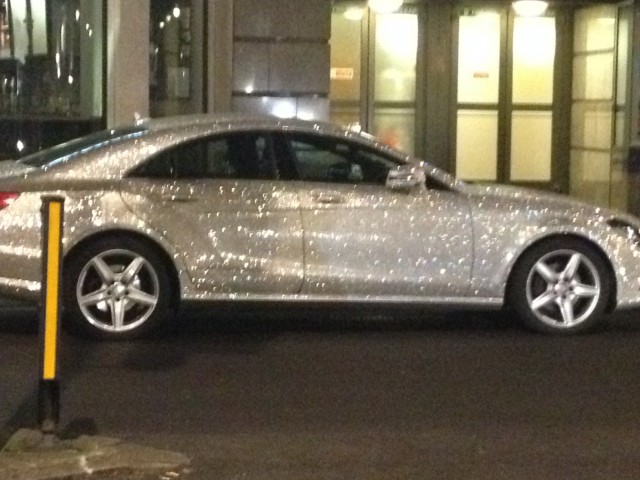 db spotted this very bling diamond-encrusted Mercedes on departing Hakkasan, reminding us that we were definitely in Mayfair. 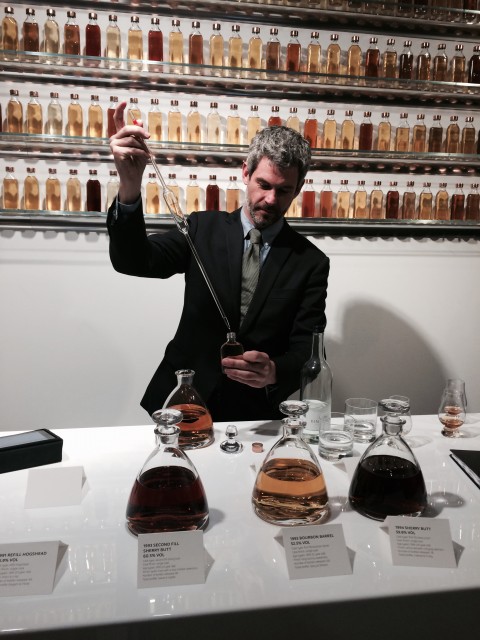 The Spirits Business’ Daisy Jones fulfilled an ambition to create her own signature whisky at an event hosted by Glenfiddich to celebrate the launch of the Glenfiddich Gallery. Guests were able to sample rare malts from the family’s aged whisky stock, some dating back over fifty years, selecting their preferred blend and then personalising their own packaging. 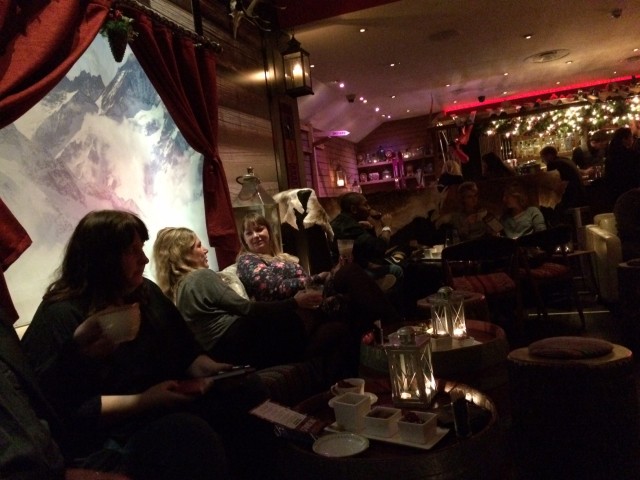 Venturing down into a Soho basement, db encountered a world of mountain vistas, glowing fires and cosy rugs at a Patagonian-inspired rum chalet pop-up tucked away in a corner of Latin American hangout Floridita. Running in the evenings until the end of February, the “après-ski” offering includes empanadas, hot punch and a dangerously delicious rum-fuelled hot chocolate. 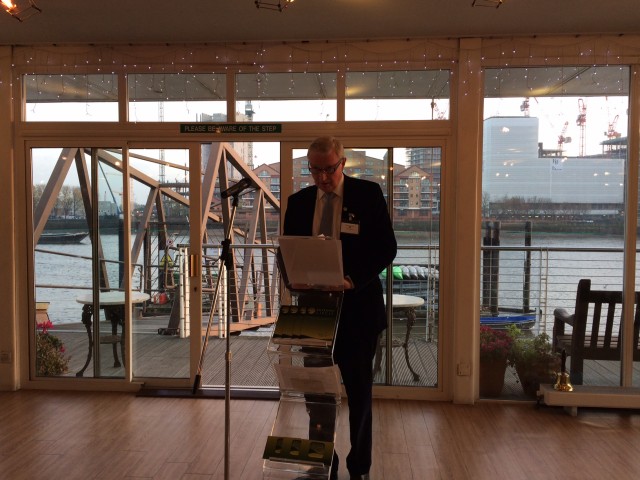 Bruce Tindale, committee chairman of the International Cool Climate Wine Symposium, updated representatives from the English wine industry and UK trade about the latest confirmed plans for the event, which takes place in Brighton in May 2016. In true English style, the briefing took place over afternoon tea overlooking the River Thames. 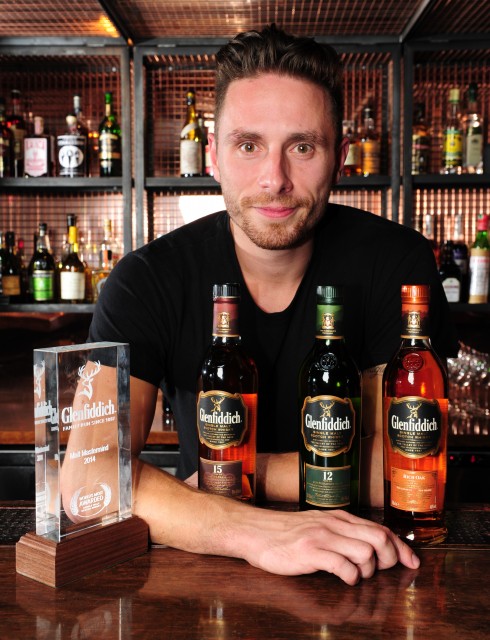 Ali Reynolds, a bartender at Hawksmoor in Spitalfields, was named the winner of this year’s Glenfiddich Malt Mastermind competition. The final took place at Callooh Callay on Monday with bartenders’ asked to create a signature serve using one of three Glenfiddich expressions, and prove their whisky know-how in a quick fire buzzer round. Reynolds, who was presented with his trophy at the newly opened 5cc bar in Hoxton Square, Shoreditch, was rewarded with a VIP trip to the Glenfiddich distillery and £1,000.