Celebrities and alcohol have long enjoyed a mutually useful relationship with brands benefitting from a much-needed sprinkle of star dust and celebrities a dose of well-placed exposure. 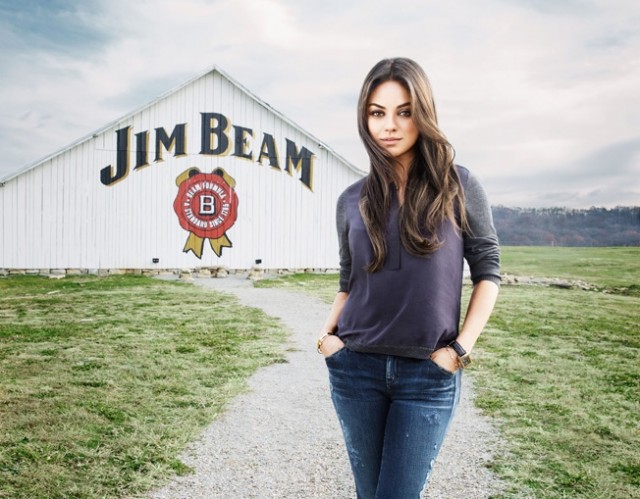 From David Beckham and Justin Timberlake to Jude Law, the drinks industry has attracted no end of A-list stars keen to show their support for their favourite tipple.

Every year a host of stars sign lucrative deals to lend their face to global drinks brands or, in some cases, launch their own brands such as Ghosbusters legend Dan Ackyroyd, along with a plethora of actors and musicians turned winemakers.

Sponsorship deals are by no means anything new, but a trend which has long helped the drinks industry to keep ahead in an increasingly trend-setting and competitive industry.

This year saw a slew of celebrities pop open a bottle and mark their support for their favourite brand, be it a wine, spirit or liqueur, while the industry has come up with ever more creative ways to sell their brand.

Several short films created by renowned directors have been released by several brands this year which you could argue would be more at home on the big screen than the TV set, with Oscar nominated talent to boot.

Read on for our top 10 most recent celebrity drinks hook-ups. Get in touch if you think we’ve missed anyone off the list… 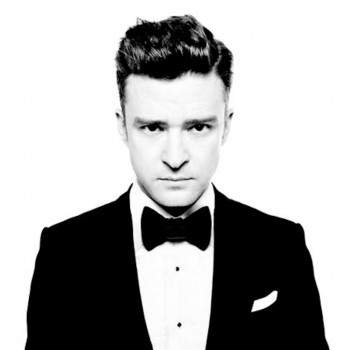 Pop superstar Justin Timberlake extended his reach into the world of spirits event further this year by teaming up with Sauza to launch a new premium Tequila. 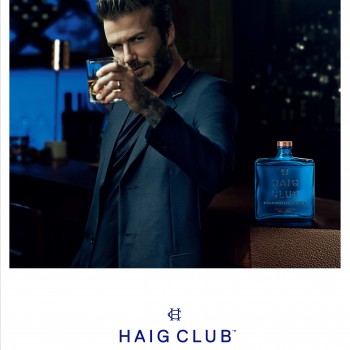 A man who has proven himself to be a Jack of all trades, sports icon David Beckham this year dipped his toe into the world of whisky teaming up with Diageo to launch Haig Club Whisky.

The single grain no-age-statement Scotch whisky crafted at Scotland’s oldest grain distillery Cameronbridge was launched in April this year. An advert featuring a rather debonair Beckham was recently unveiled at Singapore’s Changi Airport. It is also available in London’s Selfridges with a global roll out expected alter this year.

Hollywood heart throb Jude Law got in on the action with Johnnie Walker earlier this year filming a promotional video for the whisky in which he shows off his dance moves. A Gentlemen’s Wager, directed by Ridley Scott’s son, also stars Italian actor Giancarlo Giannini and tells the story of a bet between two men which leads to 41-year-old Jude Law enacting a dance routine to win a yacht. The film was shot in the British Virgin Islands. 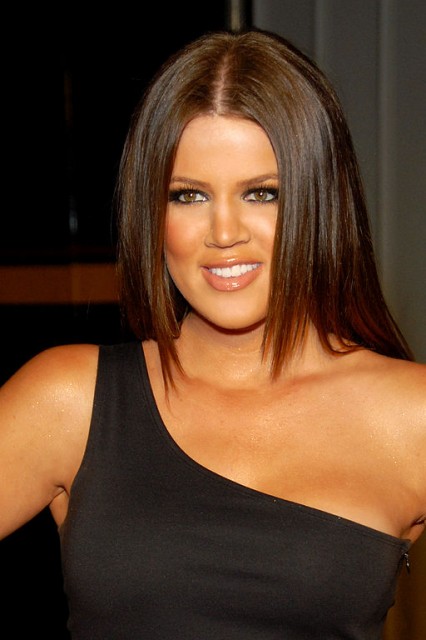 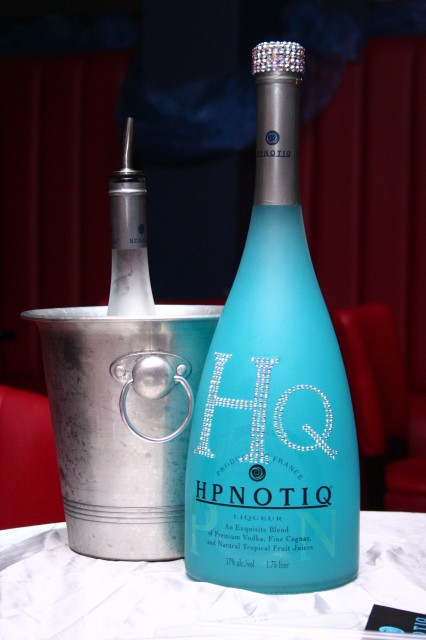 Not one to miss out on what could be a savvy business move, reality TV star Khloe Kardashian year released a new sparkling liqueur produced by the US-based Heaven Hill Distilleries.

Hpnotiq Sparkle has been described as blend of fruit juices, white wine, vodka and Cognac infused with “Champagne-like bubbles”. To support its launch, Khloe Kardashian, who found fame with reality TV series Keeping up with the Kardashians, will host “I Need Sparkle” sweepstakes across US print, digital and social medias during the holiday season. 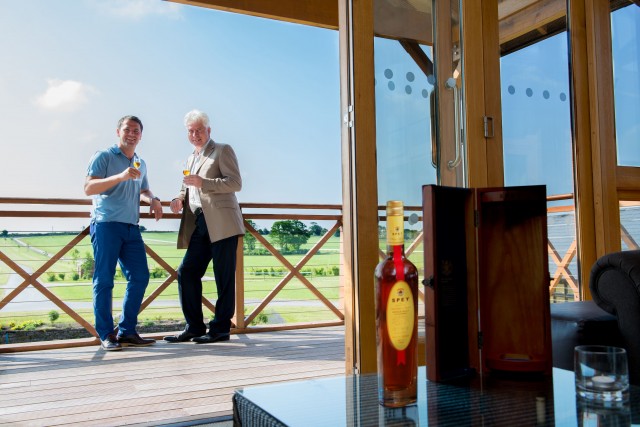 Former England footballer, Michael Owen, signed a three-year contract to become the global ambassador of Scotch whisky brand Spey earlier this year – his first foray into the world of drinks.

On signing the deal Owen said: “I am delighted to become the worldwide brand ambassador for Spey whisky. Since I retired as a professional footballer I have been able to enjoy some of the finer things in life and enjoying a glass or two of Spey whisky is certainly a little treat I afford myself on occasion!”

A limited edition Michael Owen branded Spey whisky is set to be released later this year by the Scotch whisky brand, which is owned by Speyside Distillers Co Ltd. Owen enjoyed a long career playing for Liverpool, Real Madrid and Manchester United before retiring in 2013.

Actress Mila Kunis was revealed as the new face of Jim Beam’s ‘Make History’ campaign in January with a series of advertisements premiering in the UK in March.

Kunis, now pregnant with Ashton Kutcher’s child, gained fame in comedy sitcom That 70s Show, later starring in films including Ted, The Book of Eli and Black Swan. She is also known as the voice of Meg in cartoon animation Family Guy. 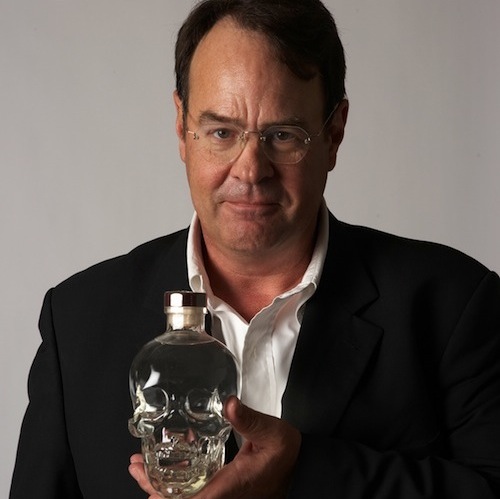 Crystal Head vodka was launched by Canadian actor Dan Aykroyd, star of Ghostbusters, in 2008 and has since gone onto attract something of a cult following. It is known, as its name would suggest, for its human skull shaped bottle, a design which this year prompted a forensic artist to rebuild the brand’s ‘face’ adding eyes, muscle and flesh.

The spirit itself is an additive-free vodka manufactured by Globefill Inc. in Newfoundland and Labrador, Canada quadruple-distilled and seven times filtered, the final three filtrations through Herkimer diamond crystals.

In 2013 the brand was named the official vodka of the Rolling Stones 50th Anniversary Tour. 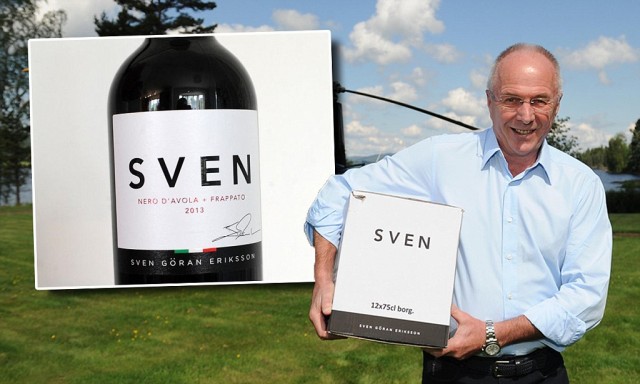 Former England manager, Sven-Göran Eriksson, joined the  ranks of celebrity winemakers such as Brad Pitt and Cliff Richard by launching his own wine label earlier this year.

Two wines, a white and a red, are currently being produced from vineyards in Sicily under the name ‘Sven’. Made with indigenous Italian grape varieties, Sven’s white is a blend of Grillo and Fiano grapes, while his red will include a combination of Nero d’Avola and Frappato. The wines are being made by local winemakers Stefano Girelli and Stefano Chioccioli under the guidance of wine advisor and former British marine, Bill Hermitage.

As well as managing the English football team from 2001 to 2006, Sven has won 17 major football trophies with teams from Italy to China.

Released this month, The White Russian is set in the Mexican dessert in the early 70’s and tells the story of an unlikely meeting between two men from “different worlds” narrated by a man reminiscing about the encounter – Jeff Bridges. Bridges, best known for his appearances in The Big Lebowski, Iron Man and True Grit, is set to host a private screening of the film in LA tomorrow.

Carrying the tagline “enough said”, the first of the series of TV advertisements sees the actor walking through a train station before finding a bar to enjoy a glass of 1800 Tequila and staring disapprovingly at two other men drinking cocktails, prompting them to also order straight 1800 Tequila on the rocks.