The old dictum of ‘go big or go home’ was certainly the theme in one Yorkshire pub this weekend, as they marked the opening of the Tour de France by pouring what is reported to be the world’s largest glass of beer. 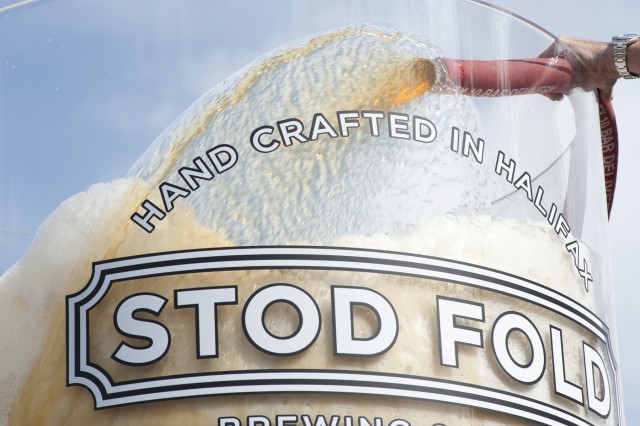 The Fleece Countryside Inn in the village of Ripponden – near Halifax, Yorkshire – played host to the epic brew to mark Le Grand Depart that took place in the northern English county on Saturday (July 5).

And at 3,664 pints – one for each kilometre of the race – the organisers topped the previous record of 2,638 pints, achieved in California in 2009.

The barmy barmen had to climb up scaffolding to top the enormous vessel with the locally-brewed Stod Fold’s Gold ale as thousands of spectators looked on.

And they managed to fill it to the brim with time to spare before racers sped through the village for the second stage of the Tour on Sunday.

Angus Wood, co-founder of Stod Fold Brewing Company which produces the pale ale and masterminded the world record bid, said: “We thought it would be a great way to toast the success of the Tour de France’s Yorkshire leg.

“We are so pleased we beat the record. The race has been fantastic and we managed to fill the giant glass to the top before the Tour rode past the pub.”