The tricky business of authenticating wine may be getting easier, as scientists have begun perfecting a new age-determining technique — searching for radioactive elements that are present in “all wines since 1945”, the year of the first nuclear weapons test. 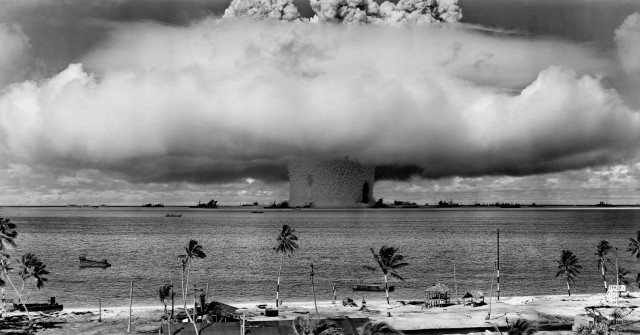 Slate reports an interview with Peter Hosemann, a professor in the department of nuclear engineering at the University of California at Berkeley, who explained that radioactive element cesium-137 “is in very low levels throughout the environment.”

“It comes from nuclear testing and resides in the soil, getting into plants and their fruit through the roots. In the case of wine, the small amount of cesium-137 that finds its way into grapes gets trapped in the liquid during the bottling process.

“Probably all wine bottled after 1945 contains traces of the isotope,” said Hosemann.

Researchers from the Agricultural University of Athens agree about the efficacy of this technique, having written in a 2012 paper on determining the geographic origins of foods by analysing rare-earth elements such as radioactive particles.

It said: “Differences in elements among regions have been correlated not only with the climatic conditions but also by cultural practices used in the vineyard, wine-making process and viticulture technology.”

These sorts of chemical analyses have also begun to be applied to products as wide ranging as tomatoes, dairy products, and honey to help determine facts such as geographical origin.

Scientists are optimistic about the techniques as a means to combat fraud in rare foods and beverages. “The analysis of isotopes of the main elements makes the method very robust and forgery-proof, since an artificial modification is very difficult,” a 2013 paper in the journal Food Chemistry noted.