The Comité Champagne (Champagne Bureau) has agreed a small rise in this year’s maximum permitted yield to reflect a modest increase in shipments during the first part of 2014. 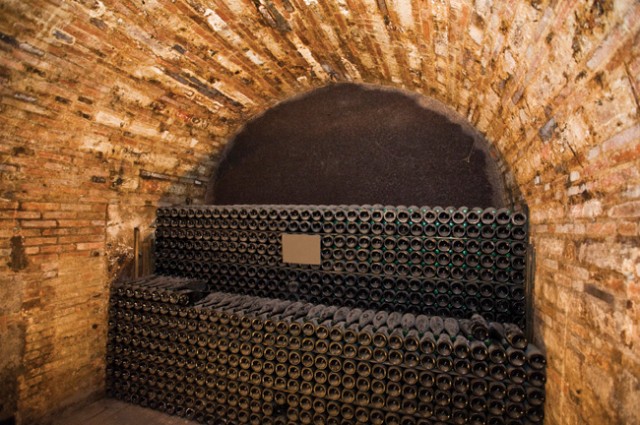 Following a meeting this week between the Comité Champagne, growers and houses, the yield for this year’s harvest has been set at 10,500kg per hectare, an increase on last year’s limit of 10,000kg/ha, but still smaller than the 11,000kg/ha of 2012.

Of this maximum permitted yield, up to 400kg/ha can be made up from producers’ reserve stocks, although this limit will be raised to 500kg/ha if Champagne shipments exceed 307 million bottles by the end of the year.

According to previous Comité Champagne data, total shipments for 2013 fell by five million bottles to 304m, following an even larger decline in 2012. However, the outlook appears to be improving, especially outside Europe, with the organisation now reporting a 1% increase in shipments for the first semester of 2014.

In addition the latest agreement sets out a maximum of 3,100kg/ha of grapes that vineyard owners may put aside for their own reserve stocks, so long as these remain within the limit prescribed by the region’s regulations.

Announcing this year’s yield limit, the Comité Champagne indicated that conditions for the 2014 harvest appear “promising” with vineyards “flourishing” thanks to a warm, dry spring, below average rainfall and “no significant weather events to-date.” Barring any dramatic change in this outlook, the harvest looks set to begin in early September.