A biodynamic producer in British Columbia has ground up meteorites to put on his vineyard. 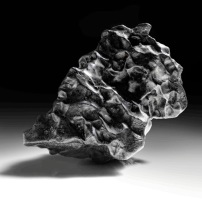 Adam Macfarlane, owner of the biodynamic Quantock Winery on Galliano one of the gulf islands near Vancouver, said he hoped the extraterrestrial dust would “energise” his soil.

“I’ve always believed in trying new things,” Macfarlane told Gulf Island Mail, “I know a lot of people are going to make a lot of jokes about it but I say ‘why not?’ I’m already pushing the boundaries with biodynamics, why not push them further?

“I think there’s real energy out there in the stars and if there’s any way I can transfer it to my wine it has to be through the soil right?”

The two small meteorites will be ground into a fine powder and mixed in with cow manure to be spread on Macfarlane’s two acre property at the next full moon on 15 April.

“It might not seem like a lot but I think the cosmic energy in moon rocks and meteorites is more powerful than we could possibly imagine,” said Macfarlane, clearly a fan of the Star Wars franchise.

“They’re very high in minerals, very high in positive energy. I was holding one in my hand the other day, thinking about all those millions and millions of miles it had come through the universe, past all the planets, to sit there in my hand.

“This thing’s from outer space, it’s been on this fantastic journey through the stars. I felt energised just holding it, imagine what it’ll do to my soil.”

Macfarlane is not the first to experiment with out of this world materials. A few years ago a British winemaker in Chile added a meteorite to some of his wine while US craft brewery, Dogfish Head brewed a special beer using the dust from a ground up meteorite.