Concha y Toro has embarked on a mission to double its UK business to 10 million cases annually in the next five years. 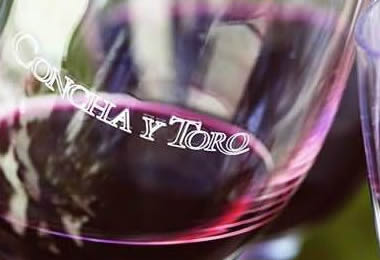 Despite a contracting UK wine market, where volume sales have been in steady decline since 2009 (IWSR), Simon Doyle, general manager of Concha y Toro UK, told the drinks business: “I think there’s a market share to really be developed and we have the brands to do it.”

“The last three or four years have seen an incredible squeeze in terms of exchange rates, duty and other margin demands and we had probably spread ourselves quite thinly in order to achieve growth,” he remarked.

Nevertheless, having decided it was realistic to “aim to double our business over the next five years,” Doyle brought in consultants Bain & Co “to help us assess whether that was really achievable and what strategies we should be developing.”

Based on these recommendations, he explained: “We’re rationalising our portfolio a lot to make sure we have a range of wines there’s big potential for; we’re focusing a lot on key brands and getting the right quality of people to help us achieve that.”

Among the most important brands for the UK market is Casillero del Diablo, which currently sells 1.3 million nine-litre cases per year in the UK, a considerable proportion of its

In addition, Doyle highlighted Concha y Toro subsidiary Cono Sur as “really important” for the way it complements the more “traditional” image of its parent company by being “quite an inventive brand.”

Having confirmed last month that Cono Sur would sponsor the UK leg of this summer’s Tour de France, Doyle described the move as “a real challenge for us with such an enormous audience to see what we can make of it.”

As the focus on these brands increases, Doyle confirmed that the company will now be “doing a little less private label – just very selectively when it supports our strategy. If it’s sustainable in terms of price and scale then we will do it.”

While acknowledging that “the volume opportunity comes through the multiples,” Doyle added: “We’re still very proud of our independent wine portfolio,” picking out brands such as Terrunyo, which is dedicated exclusively to the independent retail and restaurant sectors.

However, he continued, “The challenge for the Chilean wine industry is that it has a fantastic reputation for offering good quality for your money that you’d never want to lose, but the question is how do we persuade the consumer that if Chile is good value at £6, just imagine what great value it can be at £10 or £15.”

Despite the competition that supermarkets’ expanding own label offers present wine brands, Doyle suggested that their effect could be beneficial for everyone. “Own label encourages consumers to take a risk and spend 50p or £1 more,” he remarked. “Once they’re in that area, they’re more prepared to look around and take the risk.”

Alongside this wider effort to encourage UK consumers into higher price points, Concha y Toro has also identified an opportunity below its core “premium” Casillero del Diablo offer, which currently retails for around £7.99.

“As duty is pushing retail prices up, there’s still a gap at the entry level,” maintained Doyle. “Chile has never really established a regularly priced brand a that level, like Blossom Hill.”

In order to address this opportunity, Concha y Toro is relaunching its Frontera brand in the UK this month. With an RRP of £6.99, Frontera’s label takes its inspiration from

Chilean “lira popular” or storytelling. Starting with a Merlot, Cabernet Sauvignon, Sauvignon Blanc and Pinot Grigio, initially available through Tesco and Asda, the brand is due to add a Chardonnay and rosé later this year.

Although this strategic reassessment is a UK project, Doyle highlighted the importance of the support on offer from Chile. “It’s a wine company owned by wine people,” he observed. “They have ambitious plans for growth but also really strict controls on wine quality.”

An important element of this quality, maintained Doyle, is the fact that “Concha y Toro owns around 10,000 hectares of vineyard, which is a very high proportion, and most of their investment is done in a vineyard and winery capacity.”

Among the most important current projects in this area, he pointed to the creation of a new viticultural research centre in Maule, which is due to open “in the next couple of months.”

Although only six months into pursuing his ambitious five year goal for the UK market, Doyle described himself as “confident” of hitting the 10m case target, although, he added, “there’s a lot of things to do.”