An online beer club has raised £150,000 in just 36 hours to become the fastest ever pitch on equity crowd funding website, Crowdcube. 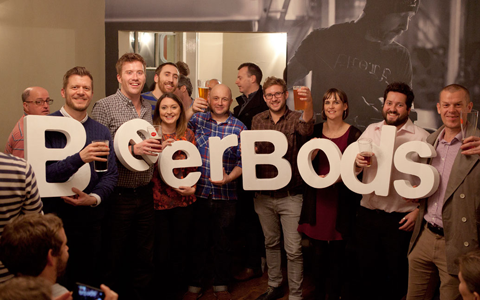 BeerBods is an online beer club and subscription service based in Worcestershire which sees subscribers pay £36 a year to receive a case of 12 different craft beers every 12 weeks.

Each week subscribers drink the same beer and come together to talk about it online.

Its founder, Matt Lane, who set up the group in 2012, started a Crowdcube page with the intention of raising £100,000 to grow the business.

Of these investors many were existing subscribers which included a senior executive at Innocent Drinks and a former vice-president from Morgan Stanley.

The group has since become Crowdcube’s fastest pitch – the world’s first (and largest) equity crowd funding platform – which has seen Matt raise £150,000 from 101 investors for a 22.5% stake.

“The power of the internet and a bit of clever logistics means our subscribers are discovering, learning about and enjoying each beer together” explains Matt. The community grew to 1,000 subscribers in a year and now has over 1,500 members.

“The fact that so many of our customers got behind our Crowdcube campaign demonstrates just how special our business and our craft beer community really is. The customer was always at the core of our service, but now they are owners too.”

Dan Germain, global head of brand and creative at innocent drinks, investor and subscriber, said: “I invest in businesses whose values I believe in, and whose founders inspire me. I first came across BeerBods as a regular consumer, and have been a subscriber for a while now; I love the idea of getting the best beers in the world sent right to my door.

“Matt Lane has a genuine love for what he does, and I was impressed by his clear pitch and his ideas for extending the business and brand in the immediate future.”

Another backer, Hilary Fitzgerald, business consultant and former vice-president at Morgan Stanley, said: “I’ve been a customer since near the start, so when I heard that Matt was equity crowd funding I grilled him about his business plan and he impressed me.

“BeerBods has a great product, great communication with its customers and a clear but agile strategy for increasing its market and creating the infrastructure to support that growth. With Matt at the helm, backed by his trusted advisors, I believe that BeerBods can deliver.”

Matt plans to use the investment to scale the business up to include overseas members, as well as developing more products and services.

He’s working with Warwick University’s incubator programme on a feasibility study for his export plans to identify which markets and what strategy will be best.

Crowdcube is the world’s first equity crowd funding platform enabling investors to fund British businesses in return for a share in the company.

Since February 2011, over 60,000 investors have registered with Crowdcube helping to raise almost £20 million for over 100 UK business pitches.