He said: “Leo Hansen’s skill with Chenin Blanc has earned him fans, and add to that this effort from the Testa vineyard, old organically farmed Carignane and Petite Sirah in a hamlet north of Ukiah. This is likely the last vintage of the Steen Calpella, so get it while you can: With a smoky, savory side and robust tannins, its sarsaparilla and wild blueberry flavors are perfect for the season.”

He said: “Continuing our Mendocino Carignane theme, this latest Indica combines fruit from Testa with the Tollini vineyard that Lioco has long used – and there’s the great freshness that has made this one of modern California’s great successes.

“Classic Carignane: fennel pollen, wild blueberry, beetroot, plum. Give it 15 minutes open to let the fruit emerge, and use it as an excuse to pull out the grill in February.“

Rebecca Murphy, writing in the Dallas News, chose this Pinot Noir, also from the Mendocino Valley, within the Anderson Valley which she said had a “graceful balance” of raspberry, wood spice and zest.

She said: “Winemaker Wells Guthrie is a Francophile when it comes to wine, and it shows in the style of this elegant, low-alcohol Pinot Noir. First of all, he buys his grapes from the cool grape-growing region of Mendocino’s Alexander Valley, because Pinot prefers cool. The 2011 vintage was particularly difficult because the weather was colder and rainier than normal. As a consequence, this wine is particularly ethereal. It shows subtle aromas of black cherry and raspberry, with delicate notes of roses. In the mouth, it’s a graceful balance of subdued raspberry fruit, savoury wood spice, zesty acidity and supple tannins. Enjoy it with grilled salmon or roast pork tenderloin.

“Tous Ensemble (all together in French) is the name that Wells uses at Copain (French for friend or pal) to indicate wines that are intended to appeal to a wide audience. It may also mean that the grapes for this wine come from several vineyards, blended together to create this lovely wine.”

Sherry was the order of the day for Dave McIntyre, writing in the Washington Post, this week. One of his recommendations was this Amontillado from Jerez which he gave 2.5 of 3 stars.

He said: “An excellent amontillado, featuring the nutty flavours and light body of a fino, with hints of candied fruit that come with additional ageing and exposure to oxygen in the cask. Lustau makes a wide variety of sherries, all excellent and recommended, and with the best availability in the Washington region. ABV: 18.5 percent.”

Sagrantino is an ancient italian grape, grown in Umbria, that is “relatively unknown to Americans”, according to Dennis Sodomka writing in the Augusta Chronicle this week.

He said: “I think that’s about to change as many of these blockbuster wines start making their way into our wine shops.

“The Tenuta Castelbuono Montefalco Sagrantino 2007 is one of the better examples I’ve tasted recently, and it’s at a moderate price. It’s a beautiful deep purple in the glass with intense aromas of blackberry and blueberry jam. The flavors are black cherry, spice and a touch of licorice.

“Sagrantino is a very tannic grape, but these tannins are soft and integrated. You still get a bone-dry feeling in your mouth, and you feel the body and depth of the wine, but there is no harshness. The finish is long and elegant.The wine is 100 percent Sagrantino from the historic Brogliano vineyard whose clay soils produce top-quality grapes.”

Sandra Silfven, writing in the Detroit News, recommended this Chardonnay which she described as a “golden beauty” with “intense, rich aromas.”

She said: “This is a big wine with fruit that is enhanced by French oak — toasty wood that imparts texture in the mouth and gently infuses smoke and spice into the flavors. The wine has lush texture and a firm backbone of acidity.

“Aromas are green apple, pear, apricot and creme brûlée. There is a spicy sweet note on the midpalate. It’s a wine to sip and study in the mouth. Grapes are off hillside vineyards in Monterey County and Santa Barbara County. It is handcrafted from the top 7 percent of all Kendall-Jackson wine lots. This is surely artisan winemaking.”

She said: “You pick up the dark cherry, dark currant, ripe dark plum character right away. I love the little dance in the finish by the Cab Franc – dried cranberry and bell pepper. It’s a dark, brooding wine packed with smoke and spice off the mostly French barrels. It was aged 17 months in wood. Alcohol is 14.5 percent. It’s a satisfying mouthful — a wine to sip and enjoy with a charred steak, lamb chops or a hearty red pasta dish.” 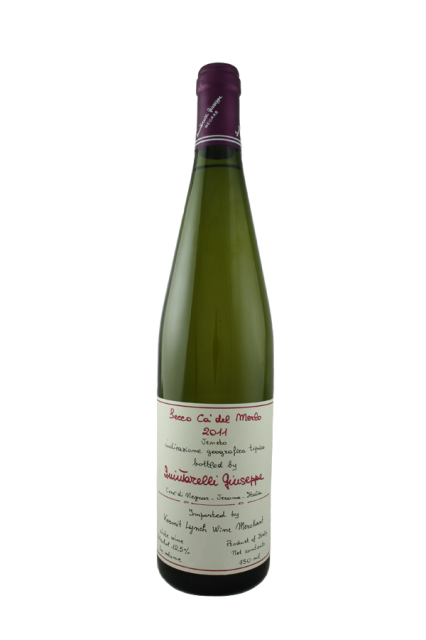 Hailing from the Valpolicella region in Italy’s Veneto, this Quintarelli Bianco Secco got Irene Virbila’s vote, writing in the LA Times this week.

She said: “From the legendary Quintarelli estate in Valpolicella, here’s a lovely and surprising white wine scented with white peaches and lime. With its minerality and bright acidity, this could be the Veneto’s analogue to Grüner Veltliner. Perfect for impressing a wine geek.

“It’s terrific with oysters and chilled shrimp, and a great choice with a frittata or omelet. It works with asparagus too. And, of course, it would be ideal with sushi and Thai food.”

Michael Dresser plumped for this Pinot Noir from Romania, writing in the Baltimore Sun which he said was comparable to a good regional Bourgogne.

He said: “The is certainly the first wine from the former Yugoslav republic to make its appearance in this space. It’s a worthy import at an attractive price for a Pinot Noir.

“It’s a light to medium-bodied red with good black cherry and raspberry fruit. It’s not very complex but there are none of the “off” flavors one often finds with inexpensive Pinot Noirs.”

He said it would go well with tuna steak, salmon or roast chicken.

Colette Bancroft, writing in the Tampa Bay Times, recommended this Malbec made by a Californian winery with grapes grown in the Mendoza region of Argentina.

She said: “Wine drinkers well remember the Pinot Noir juggernaut that rumbled across the winemaking landscape not so long ago, shaking up the market and toppling some previously favoured reds, most notably Merlot, from their top-shelf positions. A new juggernaut is on the loose now, this one labeled Malbec, and everybody and her sister is on board.

“Not to be left out, a California winery best known for its old vines Zinfandel (there once was a zin juggernaut, too) has entered the fray with the 2012 Gnarly Head Malbec fermented from grapes grown in Argentina’s celebrated Mendoza region, the cradle of Malbec in the foothills of the Andes.

“This pleasant red sports a robust bouquet of blackberry and black pepper, both of which break ebulliently on the tongue, along with mocha, black cherry, cassis and a bit of blueberry. It is a rousingly harmonious blend of flavors, asserted by a long velvety finish spiked with more black pepper at the end.”