UK independent brewers are seeing an increase in sales and re-investing in their businesses thanks to the scrapping of the beer duty escalator, according to the the Society of Independent Brewers (SIBA) Beer Report 2014. 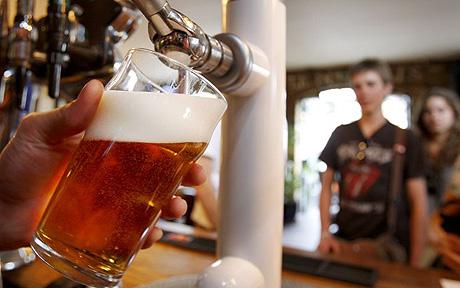 Volume sales of the organisation’s members grew by an estimated 7.9% in 2013 to 1.55 million barrels – meaning the nation’s beer lovers drank nearly 33 million more pints of local beer than in 2012.

The Beer Report is based on survey responses from around 250 SIBA brewers in the UK – of its total 723 members – who between them brewed close to 10,000 different beers in 2013.

Members reported the creations of 900 new jobs with 60% of businesses made a significant capital investment in their business.

SIBA has put the success down to the scrapping of the beer duty escalator in 2013’s budget – which automatically increased beer duty by 2% above inflation each year – a move that is currently being campaigned for within the wine and spirits industry.

Earlier this year ‘Call Time on Duty’ was launched – a campaign spearheaded by The Wine and Spirit Trade Association (WSTA), Taxpayer’s Alliance and Scotch Whisky Association to go one step further and end the alcohol duty escalator which they say unfairly penalises the drinks industry.

Julian Grocock, SIBA chief executive said, “Beer Report 2014 should provide the Chancellor with much to cheer, demonstrating as it does the wisdom of his decision this time last year to end the beer duty escalator.

“That decision sent a clear signal that the government recognises the vital contribution that independent brewers, economically and socially, make to the hundreds of localities where they are based.

“In response, our members, feeling more confident in the long-term prospects for our industry, have invested in their businesses by buying new equipment, opening pubs and recruiting new staff.”

However with pubs still closing at a rapid rate in the UK, and with the 2014 Budget a month away, SIBA has joined industry calls for a freeze on beer duty to further help boost the industry.

Golden ale was the most widely brewed beer, with 97% of SIBA members listing one in their portfolio, while 89% brew a traditional bitter and 60% a strong bitter or IPA.

Stouts and porters are brewed by 53%, while further down the table, some newer beer styles are making inroads: 14% now brew a varietal or green hop beer and 5% an unfined cask beer.

Draught beer – the vast majority of it in cask – accounts for 85% of SIBA members’ total output.

75% of them now bottle a proportion of their beer – on average, five beers per brewer – and 19% of members are producing some craft beer in keg.

The sheer choice of beer available stands in contrast to the industry in 1975 when the Good Beer Guide listed 87 brewers producing a total of just 1,500 beers.