A recent survey has found that UK students rank Jägermeister as one of the top six must-have items for halls of residence, beating lavatory paper into eighth place. 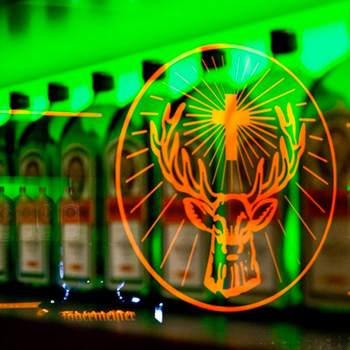 The survey, which was carried out by Virgin Media, questioned nearly 4,000 students across nine campuses.

In keeping with the drinking theme a bottle opener was ranked as the fifth most important item for students. The top three was made up of smartphones, tablet computers and toothbrushes with USB sticks in fourth place.

The survey also found that while students are still found of a drink there is still an element of responsibility as an alarm clock was ranked seventh. The top 10 was rounded out by painkillers and condoms.

Rod Humphreys, head of marketing and operations at Manchester Metropolitan University, told The Mirror that the survey reflected a modern change in taste and technology.

He said: “When I started university 30 years ago our essentials were folders, files and pens and a typewriter for dissertations.

“Times have changed so much and technology has meant many of my students now turn up at lectures with their laptop.

“But it’s good to see some traditions haven’t changed, though for us it was more likely to be a pint of bitter or a whisky rather than Jägermeister.”