The Scotch Whisky Association (SWA) has appointed David Frost CMG as its new chief executive and he will take over when Gavin Hewitt steps down at the end of 2013. 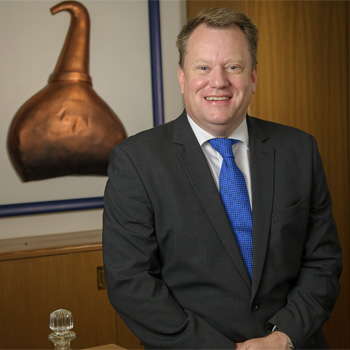 Frost is currently director for Europe, trade and international affairs at the Department of Business, Innovation and Skills (BIS). This UK government department focuses on economic growth and trade policy.

Frost said: “My career to date working in economic, trade, and EU affairs in the UK and overseas has given me a wealth of experience of global commercial issues which will stand me in good stead in my new role in the Scotch Whisky industry.

“I am excited about taking up this new position at the helm of this highly-respected trade body which provides an invaluable service to the industry. I am also very much looking forward to living and working in Edinburgh.”

A diplomat by profession Frost has been HM Ambassador to Denmark and a director for both strategy and the EU in the Foreign and Commonwealth Office.

Frost will join the SWA from 2 January 2014, taking over from Hewitt, who steps down at the end of 2013 following 10 years with the SWA.

Hewitt said: “I have thoroughly enjoyed my 10 years as chief executive of the Scotch Whisky Association. The industry has expanded to meet surging global demand, with exports almost doubling in the last ten years and unprecedented levels of new investment.

“Scotch Whisky is vital to the UK and Scottish economies. David Frost’s experience of working closely on economic affairs in the UK and overseas fits him well for the role of SWA chief executive.”