Beer festival closes early – after running out of beer

A beer festival in Sunderland had to close one day early after drinkers drank the pumps dry. 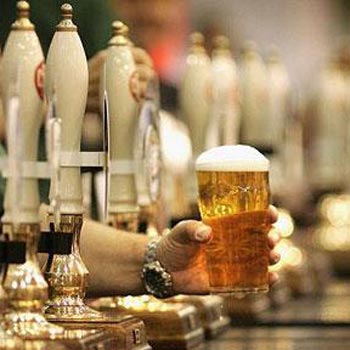 The annual beer festival, which is now in its fourth year, saw around 1,000 punters make their way to the Ashbrooke Sports Club in Sunderland on Friday and Saturday. The warm weather helped to create a big thirst as drinkers enjoyed the 30 different types of beer that were on offer.

But the three-day festival proved so popular that on Saturday evening all the beer was gone, including the reserve stocks in the clubhouse.

Paul Amundsen, festival organiser and clubhouse manager, told the Sunderland Echo: “We’re very sorry we couldn’t continue into Sunday, but there was no way we could replenish the stocks in that time.

“I wouldn’t mind but we had put 10 extra ales on this year and brought in 800 new glasses in preparation. We even had a new wine and Cava bar.

“I think a mixture of the good weather and social media meant this year was bigger than we’d expected and by 10pm on Saturday, we were struggling.

Amundsen added that the early closing of the festival could lead to it being ticketed in the future.

He said: “The Keswick Beer Festival, which started in 2000, grew and grew and had to become all-ticket.

“I think we will need to look at how we are going to do things next year.”

Claire Robinson, a nursing assistant, told the newspaper: “It was packed on Saturday night but everyone was having a great time, they really did a good job this year.

“I’m not surprised there was nothing left, I think everyone just decided to come out and make the most of a lovely summer’s night.”