The 10 best perceived beers in US

The YouGov BrandIndex has released the results of its annual survey into beer brand perception in the US. Dos Equis, which is owned by Heineken, has been the big mover, up four places from last year to third in this year’s list. 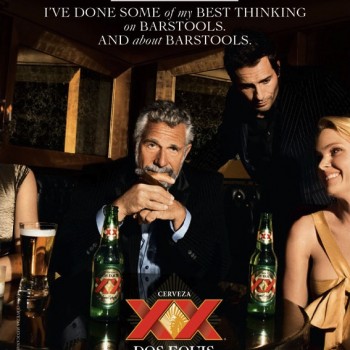 The YouGov BrandIndex survey asks people aged over 21: “If you’ve heard anything about the brand in the last two weeks, through advertising, news or word of mouth, was it positive or negative?”.

The measurement score is in a range from 100 to -100 and is compiled by subtracting negative feedback from positive. If a brand has a zero score that means an equal measure of positive and negative feedback.

As well as a big move for Dos Equis the survey was also good for Stella Artois and Yuengling, which replaced Miller and Miller Lite in the top 10.

YouGov BrandIndex CEO Ted Marzilli told Marketing Daily that he was not surprised by the rise of Dos Equis, given the brand’s successful advertising campaign in the US.

He said: “Clearly the campaign has not hit over-saturation if it has climbed to the number three spot over the past year. If people can laugh at Seinfeld reruns many years after it ended, this campaign might enjoy the same success.”

So which brands are the best perceived in the US? Click through the following pages to find out. 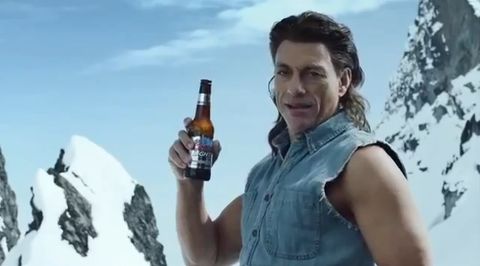 Around 90% of the US beer market is dominated by two companies: Anheuser-Busch InBev and MillerCoors, so it is perhaps surprising that this is the only MillerCoors brand in the top 10 and that the list has no Miller beers in it at all.

YouGov BrandIndex CEO Ted Marzilli, agrees, he told Marketing Daily: “We think this chart is also as bit concerning for Miller, who had two brands on the top 10 last year and none this year.”

Last year Coors Light ranked ninth in the top 10 perceived beers, so the bad news continues for MillerCoors, with this brand dropping one place.

The good news is that Coors Light was still the second biggest selling beer in the US in 2012, selling over 101 million cases.

The 4.2% abv beer was recently listed as one of our top 10 skinniest drinks.

DG Yuengling & Son was established in 1829 and is the oldest operating brewing company in the US. Based in Pottsville, Pennsylvania Yuengling produces around 2.5 million barrels a year, with its Traditional Lager being the flagship beer.

Marzilli said he was surprised to see the brand make it into the top 10 as “Yuengling is not brewed by any of the big companies.”

This is a new entry into the top 10 perceived beers for Yuengling, having not featured in the 2012 list. 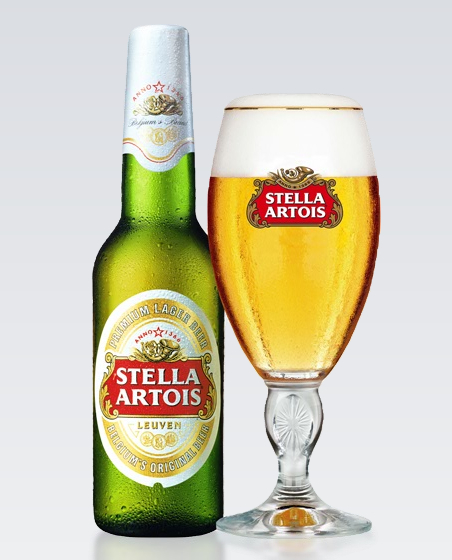 Stella was launched in the US in 1998 and is one of the major brands for AB-InBev. The brand first featured in a Superbowl advertisement in 2011 and has been building its presence in the US.

Stella is the best selling Belgian beer in the world and is said to be popular in over 80 countries.

As with the “Reassuringly expensive” advertising campaign Stella has tried to aim itself at the top end of the US market with a “It’s a chalice, not a glass” campaign. Although this did see the brand targeted by Newcastle Brown Ale in the US. 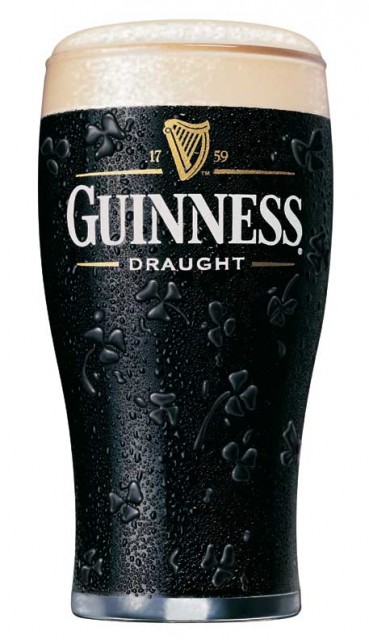 Guinness has dropped one place in the rankings from sixth position in 2012. The Irish stout is still incredibly popular in the US with over 167 million pints sold in the country each year.

The brand is brewed in almost 60 countries and is available in over 100 countries, with around 1.5 billion pints sold each day. 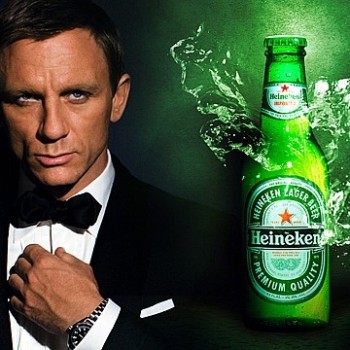 The Dutch brewer has worked hard on its named brand in the US over the last 12 months, but has found that consumers want more than just this main lager.

Heineken has increased the advertising behind its beer, tripled its sales force and become linked with James Bond as it attempts to revive its fortunes in the US.

The brand grew 3.2% through 2012, which is better than the US beer market’s overall 1.8% growth over the same period. Over the last three months of 2012 Nielsen reported that Heineken’s US market share grew faster, in terms of volume, than AB-InBev and MillerCoors.

Bloomberg recently reported that the Heineken brand represents about 42% of the Dutch brewer’s volume in the US, where the company gets less than 10% of its profit. 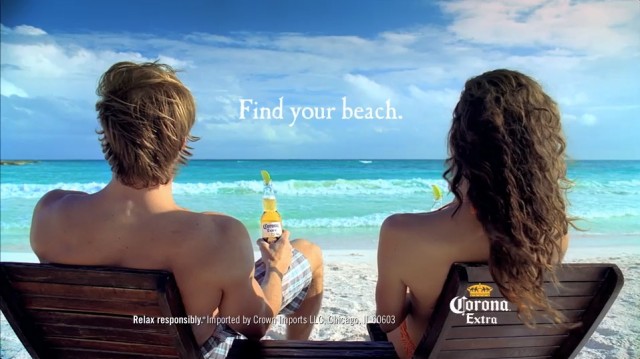 Corona Extra is the top selling imported beer in the US and is one of the top selling beers worldwide. In the US, Corona’s advertising is best known for featuring a man and a woman relaxing on a beach, and their faces are never seen.

Recently the US Justice Department opposed a merger between AB-InBev and the Mexican brewer which makes Corona, Grupo Modelo. The Justice Department said that if the two companies merged they would control around 46% of the annual beer sales in the US, which would be too large a share for one company. 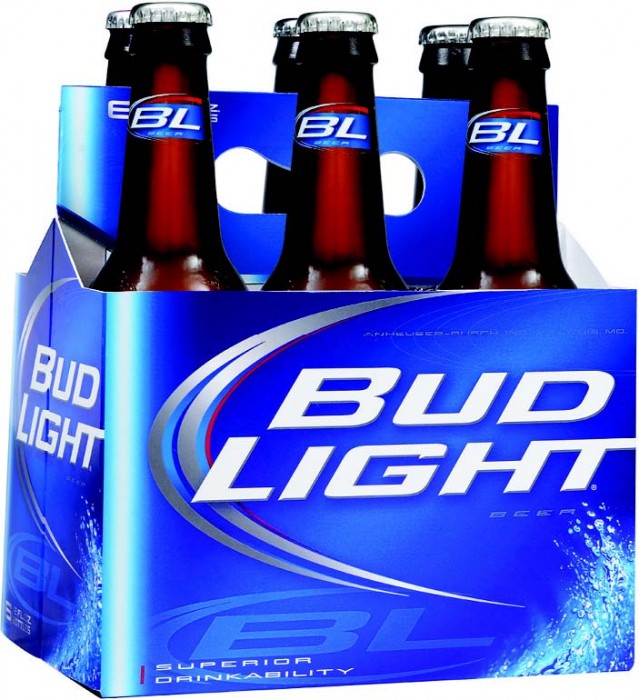 Bud Light is the biggest selling beer in the US, with over 269 million cases sold in 2012.

The brand has dropped down from being the third-best perceived brand in 2012, pushed down by the huge jump from Dos Equis.

Bud Light is backed by a huge marketing budget and is a regular feature of the Superbowl commercials. Recently the brand announced it was teaming up with singing and acting superstar Justin Timberlake, who will become the brand’s new creative director. 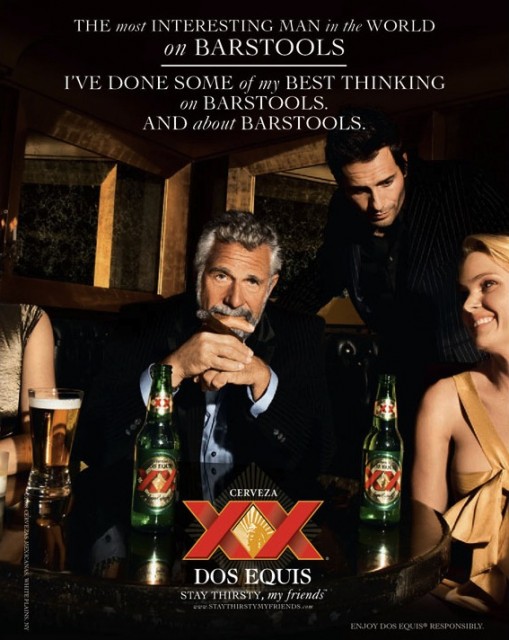 Heineken acquired Dos Equis in 2010 and this has helped the brewing group increase its share in the US, as Dos Equis continues to be a fast-growing brand.

The marketing campaign of “The world’s most interesting man” has helped catapult Dos Equis up from seventh to third in the best perceived beers list.

“You have to give a lot of credit to Euro RSCG for doing what so few brands have been able to accomplish: a completely-realised, instantly-recognised fictional character who clicks with that brand.

“Clearly the campaign has not hit over-saturation if it has climbed to the number three spot over the past year. If people can laugh at Seinfeld reruns many years after it ended, this campaign might enjoy the same success.” 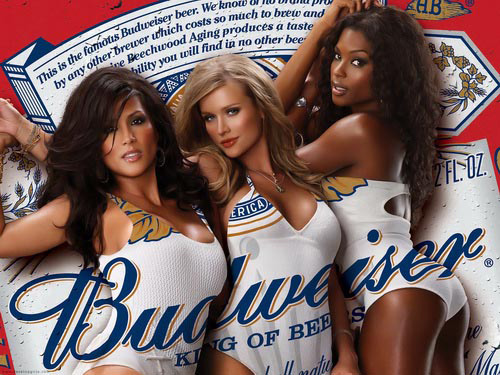 It is perhaps no surprise to see Budweiser rank so highly on this list, although it remains to be seen whether being sued over alleged “watering down” of beer, will impact on next year’s ranking.

Although AB-InBev’s humorous response to the lawsuit, may have helped to reduce some of the damage.

The brand is another that the owner AB-InBev likes to associate with the Superbowl and, the Clydesdales advertisements have proved hugely popular.

Budweiser was also ranked second in this list in 2012 and still sells over 101 million cases in the US each year. Perhaps its raunchy “king of Beers” commercials have also helped the brand both in terms of sales and perception. 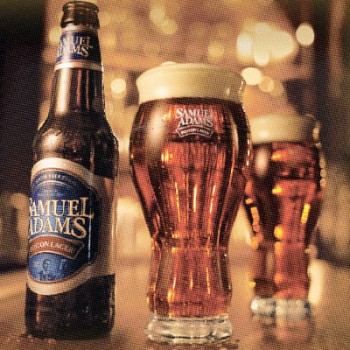 The Boston Beer Company started in 1984 when Jim Koch followed into his family’s six generations of brewing and crafted his first batch of Samuel Adams Boston Lager in his kitchen, using an original family recipe.

In 1985 it was voted the “Best Beer in America” at the Great American Beer Festival, where it beat nearly 100 other beers to the title.

Since then the brewery has grown rapidly and is now tied alongside Yuengling as the largest American-owned brewer.

Its reputation as being American-owned and a beer innovator has helped it to secure the top spot as the best perceived beer in the US, a position it also held last year. In 2012 over 50 beers were sold under the Samuel or Sam Adams brand name, with over 30 of those introduced since 2010.