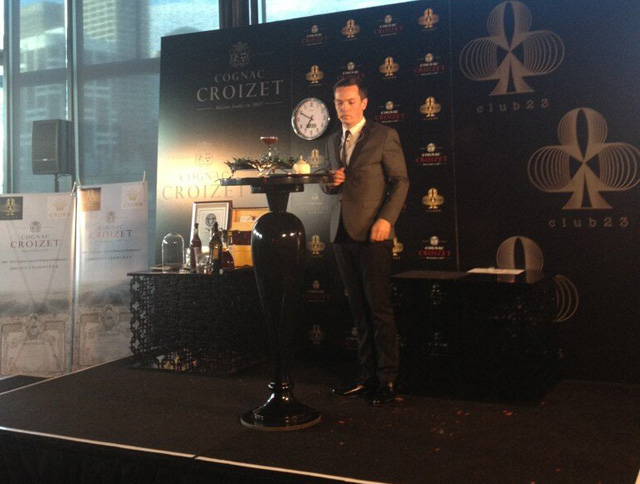 Australian bartender Joel Heffernen relaxes after he made the world’s most expensive cocktail, without smashing the bottle of vintage Cognac. Heffernen made a Winston cocktail at the Crown Club 23 bar in Melbourne, which sold for AU$12,500 (£8,200). Joel’s cocktail beat the previous record set by Salvatore Calabrese. 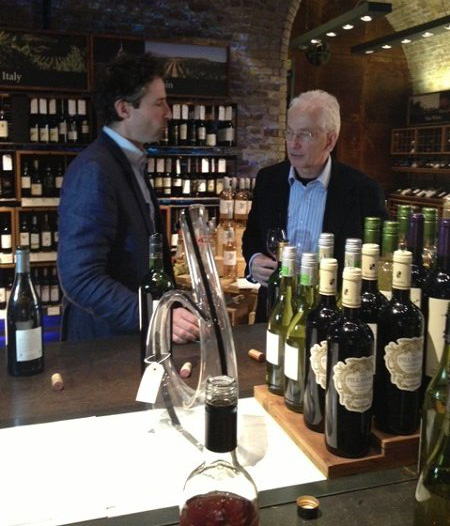 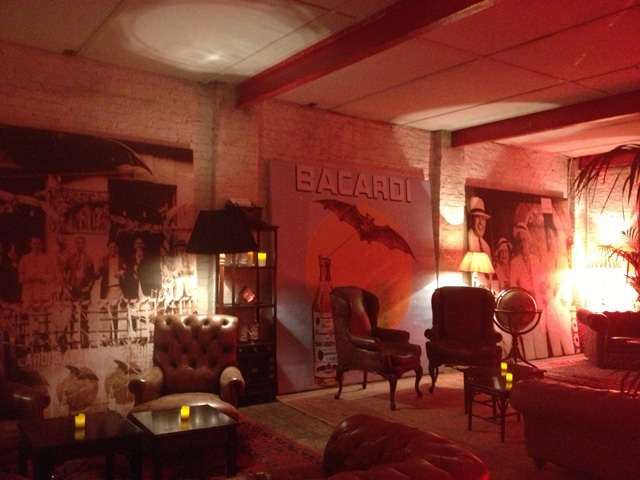 The Bacardi Legacy cocktail competition final was hosted in a warehouse in Farringdon that has been used as a set for such diverse works as Batman Begins, Downton Abbey, Poirot and the latest Amelia Lily music video. For the final, the look was very much colonial club lounge – all leather arm chairs and palm trees. 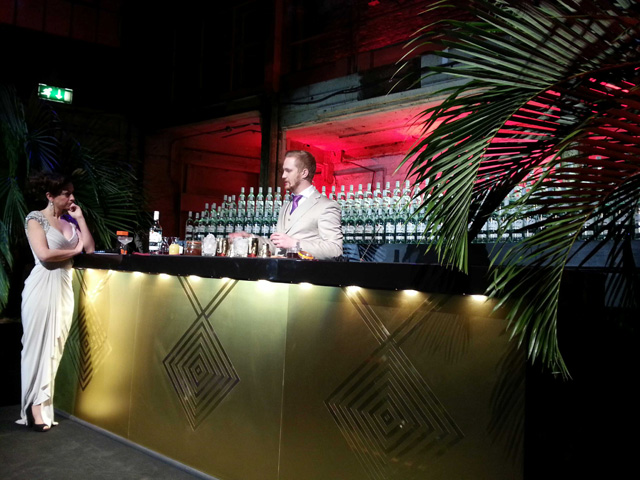 One of the finalists in the Bacardi Legacy cocktail competition takes to the golden stage to present his Bacardi blend. 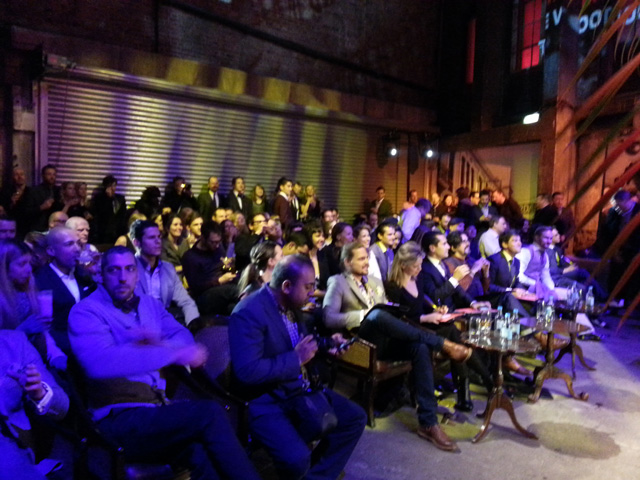 The great and good of London’s bartending world congregated en masse for the final, which was won by Chris Moore of The Savoy for his Encantador cocktail. 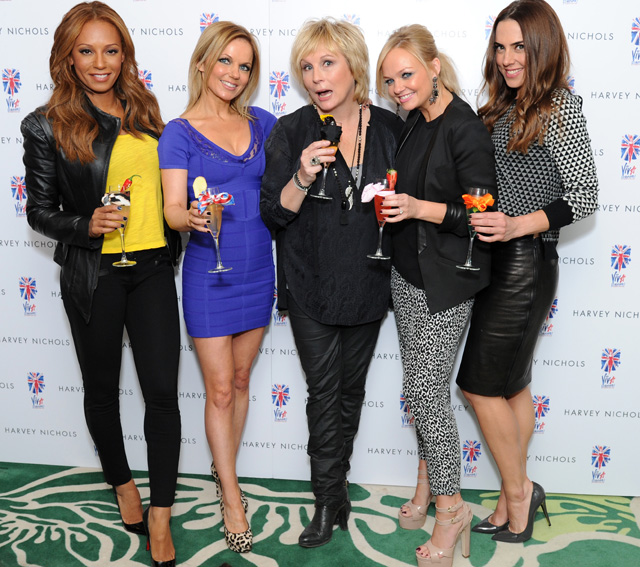 Comedienne Jennifer Saunders stepped in for Posh Spice at the unveiling of a range of Spice Girls Champagne cocktails at Harvey Nichols to celebrate the band’s new musical Viva Forever. 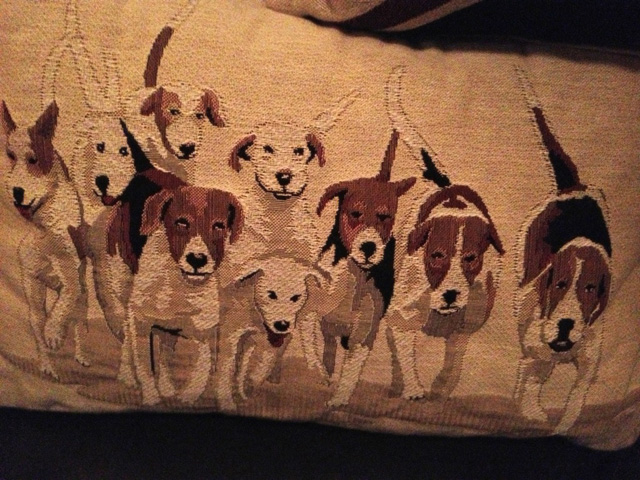 db was rather taken with the canine-themed cushions at Michelin-starred French chef Claude Bosi’s new gastropub, The Malt House, in Fulham. 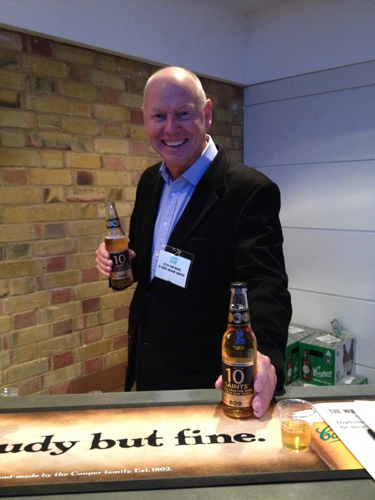 Earlier this week, db headed to Bibendum’s annual tasting in East London, where we met Glyn Partridge, founder of 10 Saints Lager from Barbados, which is aged in ex-Mount Gay rum casks, resulting in a smooth, creamy finish. 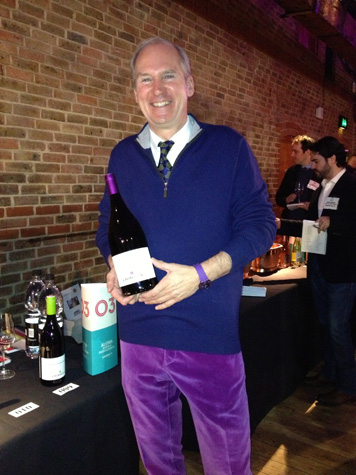 We also stopped by Lenz Moser’s stand to taste the latest vintages of his various Grüner Veltliners and admire his arresting purple velvet trousers. 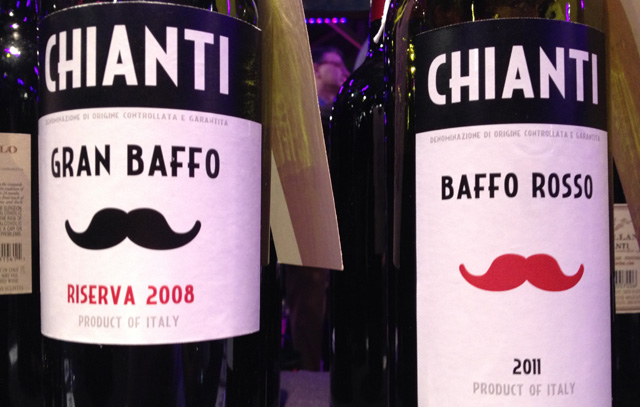 We know which wine we’ll be drinking next Movember… 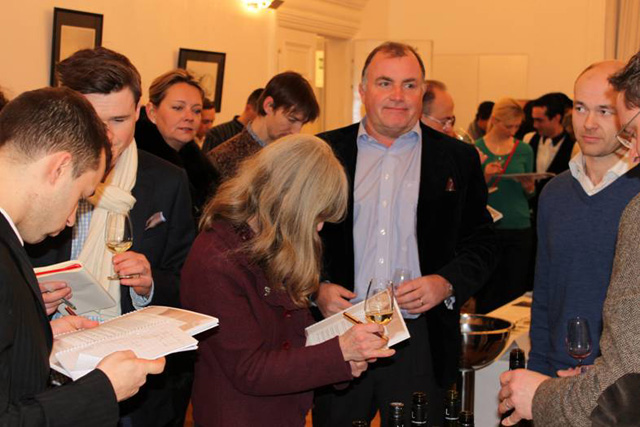 Notes are studied and wines are poured and enjoyed during the German wine tasting for the trade at the German Haus in London. 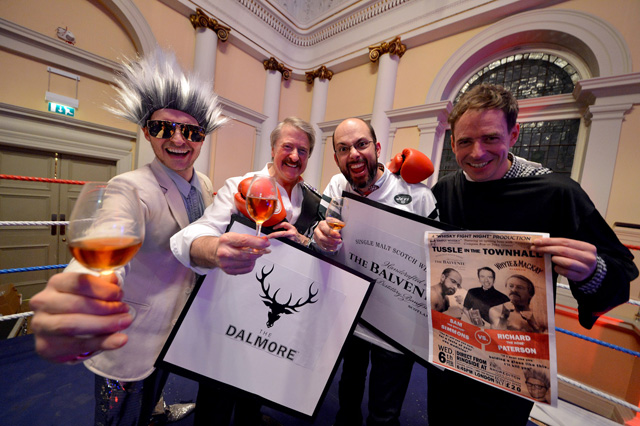 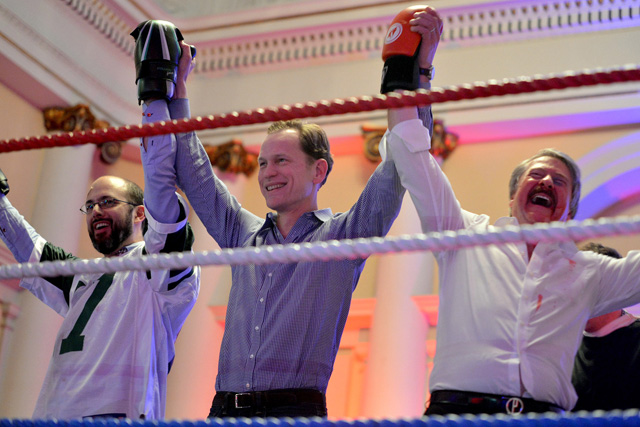 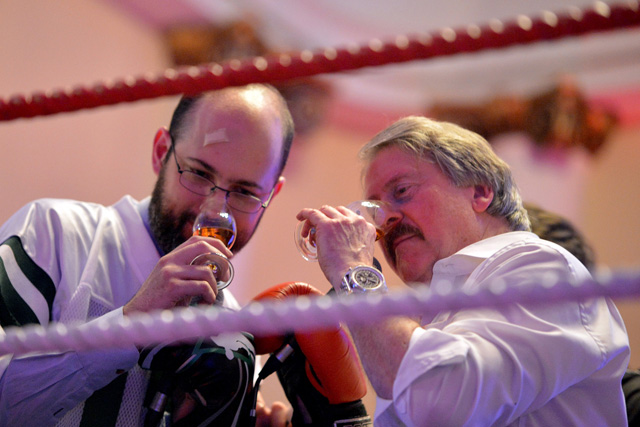 Whisky Fight Night from Simply Whisky. Sam “The Doctor”  Simmons from Balvenie fights it out with Richard “The Nose”  Paterson from Dalmore at Shorditch Town Hall last Thursday evening. 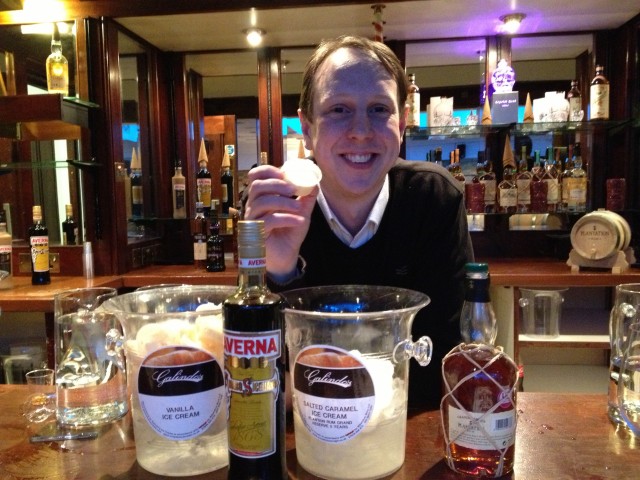 Paul McFadyen, brand manager for Plantation rum, took over the bar at the Bibendum tasting to serve a range of boozy ice creams, from Crystal Head vodka sorbet to salted caramel ice cream served with a shot of Plantation rum, which comes highly recommended. 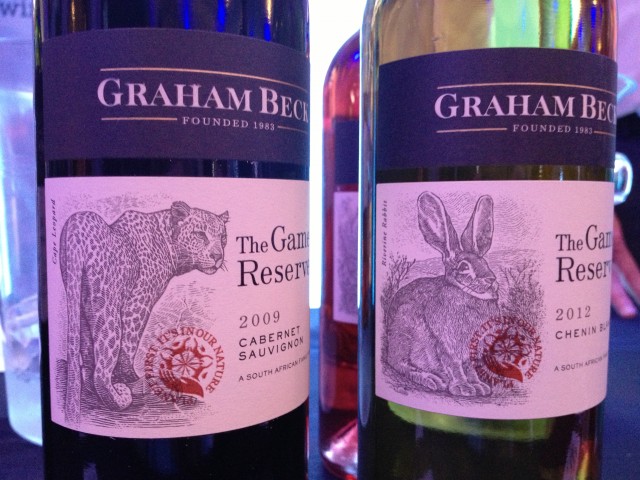 And finally… we couldn’t resist snapping these adorable critters adorning the labels of the new Game Reserve range from Graham Beck, both of which can be found roaming wild in close proximity to where the grapes for the range are grown.