The Champagne Bureau in Washington has attacked plans to serve Californian “Champagne” at President Barack Obama’s inauguration lunch on 21 January. 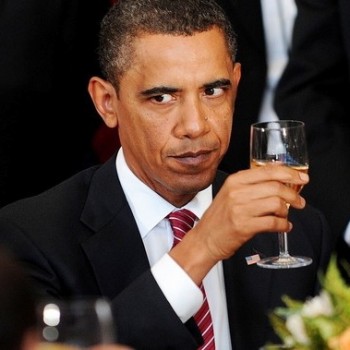 Korbel Natural, Special Inaugural Cuvée Champagne, California, will be served with dessert at the lunch for 200 guests in the Capitol Building following Obama’s swearing-in.

Sam Heitner, director of the Champagne Bureau, has hit out at the decision.

“US law clearly states that the full name of the wine label must include where it comes from. Under the law, the label for this wine would state ‘California Champagne’,” Heitner told congressional newspaper The Hill.

“While we do not support this practice, it is US law — and we would urge the inaugural committee to follow that law and not state the sparkling wine being served is Champagne. Champagne only comes from Champagne, France.”

Despite Heitner’s protests, the wine is labelled in accordance with US law.

While using the name “Champagne” to describe sparkling wines that are not from the French region is banned by most countries, American law is more flexible.

It prohibits the term for newer sparkling wines but allows it for those produced before 2006, on the condition that their origin is featured in the name.

Heitner told The Hill that rather than seeking to denigrate Californian sparkling wine, he wanted to ensure that American consumers were not being misled.

It is the eighth time Russian River Valley fizz Korbel Natural has been served at a presidential inauguration; a tradition that began in 1985 with Ronald Regan.

For the first time in history, two wines from New York will be served at the Obama lunch – a Finger Lakes Riesling and a Merlot from Long Island.

Tierce 2010 dry Riesling from the Finger Lakes, a collaboration from Anthony Road Winery, Fox Run Vineyards and Red Newt Cellars, will be served with the starter: steamed lobster with New England clam chowder.

Meanwhile, Bedell Cellars 2009 Merlot from the North Fork of Long Island, will be served with the main course: hickory-grilled bison.

“This is a major breakthrough for New York wines,” said Jim Trezise, president of the New York Wine & Grape Foundation.