A catamaran made out of 30,000 cans has set sail in Australia. 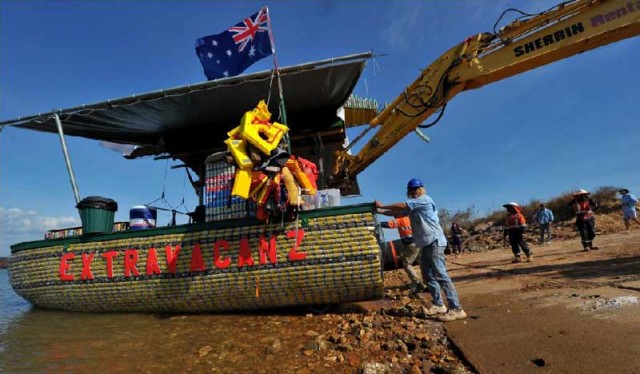 The 2.5-ton boat, named Extravacanz, was launched at Dinah Beach, Darwin, and made an impression with onlookers, who were stunned to see it float.

Since the boat set sail on its maiden voyage it has appeared at the 2012 Beer Can Regatta at Mindil Beach in Darwin and attracted hundreds of onlookers.

Skipper Mick Keely joked he was never worried about whether the catamaran would float before admitting it was a ”big relief”.

He said, ”It’s like a big relief. It’s like now I can sit down and have a rest after six months (of work).”