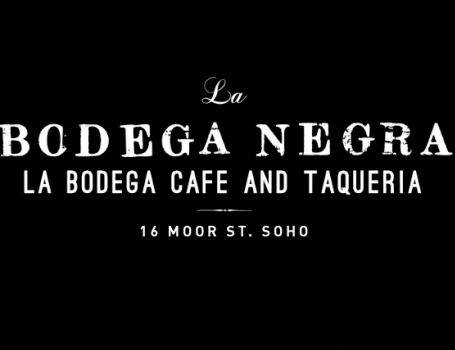 The Soho venue represents a joint venture between Becker and Will Ricker, who runs London restaurants E&O and Eight Over Eight, as well as UK entrepreneur Ed Spencer Churchill.

La Bodega Negra will operate as two linked destinations – the first an all day taqueria and café on Moor Street, the second a 100-seat subterranean restaurant and bar on the adjacent Old Compton Street.

The food menu will include Mexican classics, such as ceviche, tacos and tostadas, with a wood-burning grill serving up rotisserie dishes. On the drinks side, the venue is promising an extensive cocktail list alongside a dedicated Tequila menu.

This opening precedes a second London project from Becker this year, with plans underway to launch a branch of his New York Mexican restaurant La Esquina.

In addition to La Esquina, Becker has also built a high profile reputation in New York as the man behind risqué nightclub The Box, as well as destinations including Joe’s Pub, Miss Lily’s, The Bowery Bar and The Mercer Hotel.