Caparossa is a new restaurant bringing a taste of Southern Italy to south west London. 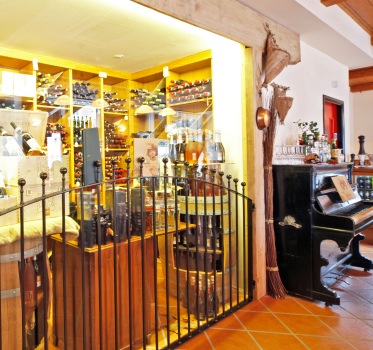 With a team that has earned its stripes at the trendy Fattoria Del Campiglione restaurant in Naples among other projects, Caparossa’s rustically oriented menu includes dishes such as paccheri alla genovese, while fresh buffalo mozzarella is flown in daily from Italy.

Head chef Nicola Buono selected 50 Parma hams for the restaurant six months ago, which have since been cured and sent over to London.

These, together with other speciality products, are available to take home from the delicatessen counter, which has been incorporated into the main restaurant.