What are the lowest-calorie alcoholic drinks?

Whether you’re moderating your alcohol consumption for a damp January or you’re looking to start the new year with a fitness drive, not all alcohol is made equal when it comes to calories. So what are the lowest-calorie alcoholic drinks? 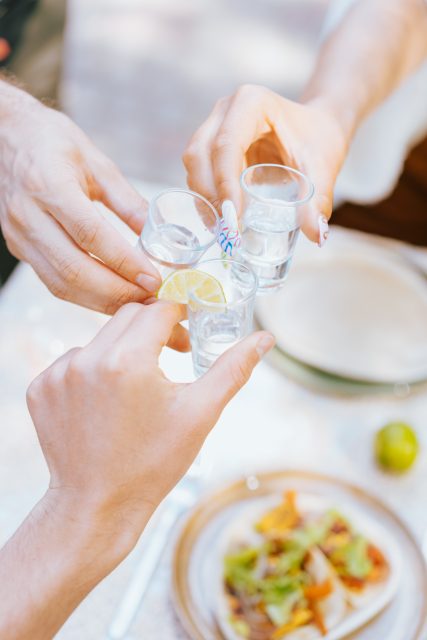 According to nutritionists, clear spirits are the way to go if you’re looking for a low calorie alcoholic drink, though obviously you’d need to be mindful of adding calories via sugary mixers, or other cocktail components.

Thus the question of what the lowest-calorie alcoholic drinks are is perhaps more complex than first meets the eye.

General consensus holds that vodka is the lowest-calorie alcoholic drink, with a 50ml measure having 100 calories.

Whisky, gin, and Tequila are also on the lower side, though slightly higher than vodka, at an average of 110 calories per 50ml measure.

When it comes to wine, things get a little more complicated. Calorie content in wine can vary widely depending on whether you’re drinking bone-dry fizz or a sweet dessert wine, though the generally acknowledged average is considered somewhere around 120 calories. Statistics from the NHS actually place the number a little higher, with the average calorie content of a 175ml glass of 12% ABV wine at 133kcal.

The same site puts a pint of 5% ABV beer at 239 calories, or the equivalent of a standard size Mars bar. And according to the NHS, a double measure (50ml) of 40% gin actually clocks in below 100 calories, at 95kcal. Again, though, it’s highly likely that most people would be at least adding some tonic to their glass.

Advice for those looking to moderate their drinking or cut down on calories consumed through alcohol includes alternating alcoholic drinks with water, drinking at your own pace, and eating a healthy meal before drinking.

Having said all of this, the picture is still developing regarding the role that red wine in particular could play in our health. Despite experts from the World Health Organisation recently stating that no level of alcohol consumption is safe, there is some evidence that polyphenols found in red wine could play a beneficial role in some instances.

For instance, last year health data from 32 nations has shown evidence that moderate wine consumption could lead to a reduced incidence of strokes, although the same cannot be said for other alcoholic drinks.

The findings, published in the Neurology journal, examined data from the INTERSTROKE study, which looked ayt multiple risk factors for stroke across 32 nations.

Researchers used self-reported alcohol consumption reporting from 26,000 participants, roughly half of whom had suffered a stroke.

How many calories are there really in your glass of wine?

Is wine good for your skin?