Rate of annual inflation slows, but food and drink prices continue to climb

The slowing rate of annual inflation at the end of 2022 reflects a continued fall in the price of motor fuel, clothing and recreation, but this drop has been partially offset by continuously rising food and drink prices. 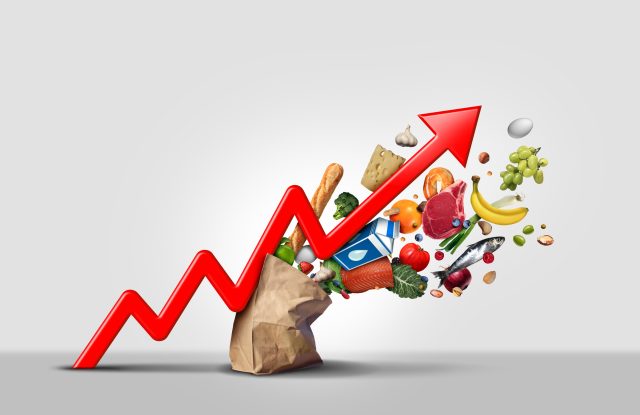 According to investment analyst Nicholas Hyett, inflation rates in December continued to slow, and now look “to have peaked in October last year”. However, inflation remains particularly high in the hospitality industry, running at 11.4% year-on-year. This translates to the highest level since 1991.

Hyett, an analyst at investment firm Wealth Club, explained: “Lower fuel prices have been a major contributor to the slowdown, and with oil prices now back around where they were before the Russian invasion of Ukraine, there’s likely to be further to fall on that front. As a crucial input into other areas of the economy, lower oil and fuel prices should ultimately ease pricing pressure across the board.”

The investment analyst did warn that it will take time for the benefit to feed through to people’s purses, and with food and drink prices still climbing, economic tensions are far from easing.

“For now, the cost of living crisis is set to continue,” he said. “10.5% inflation may be better than we’ve seen recently but is still eye-watering by most standards. A winter of strikes ahead yet see ‘stickier’ wage driven inflation gathering pace too.”

Indeed, retail sales volumes are estimated to have fallen by 1% in December 2022 following a fall of 0.5% in November, according to figures from the Office for National Statistics.

Rising energy bills, labour shortages and rail strikes pushed many hospitality businesses in the UK to breaking point at the end of last year, with nearly 18 net closures every day in the fourth quarter of 2022, according to data from AlixPartners and CGA by NielsenIQ.

The figures, published in the Hospitality Market Monitor, make for bleak reading for an embattled sector. The nearly 18 net closures a day in the last quarter of the year signify a 1.6% contraction of the market in a three month period. In that period, almost 90% of these closures were in the independent sector.