Renowned Napa Valley wine brand Favia Wines is to relocate the brand to a new estate in Oakville, where it will build its own winery, as part of a new partnership deal with Huneeus Vintners. 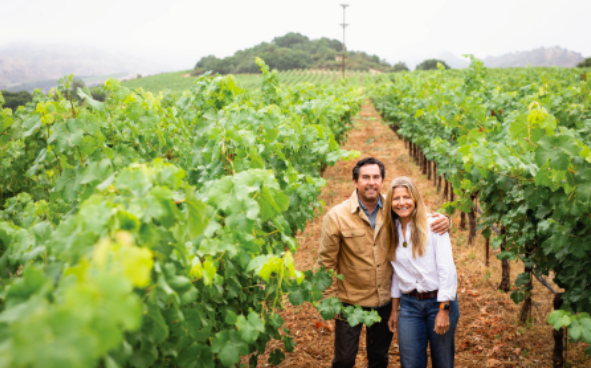 According to the San Francisco Chronicle, husband and wife team Annie Favia-Erickson and Andy Erickson have agreed a deal whereby the duo – a viticulturist and winemaker respectively – will co-own the property with Huneeus Vintners in exchange for equity in the wine brand.

Until now, the couple have been making around 2,000 cases of  wine a year out of a cellar in Coombsville, next to the Huneeus-owned Faust vineyard, sourcing organic and biodynamically farmed grapes from Coombsville and Oakville.

The new property, where the duo will build their winery, is located on Oakville Crossroad, one of Napa’s most coveted growing areas, next to names including Opus One and Groth. It was bought by Huneeus Vintners in 2018 who planted 11 hectares (28 acres) of Cabernet Sauvignon and Merlot.

“We’re excited to roll up our sleeves and do everything from reviving the soils to training the young vines,” Favia-Erickson told the San Francisco Chronicle.

Huneeus Vintners, which was founded by Chilean-born Augustin Huneeus more than fifty years ago, includes some of Napa’s most critically-acclaimed wines including Quintessa, Flowers, Faust, Benton-Lane, and Leviathan, where Erikson had been a consulting winemaker since 2004.

The husband and wife team started Favia in 2001, with having worked with some of Napa Valley’s most prominent wineries. Erickson has previously worked at Screaming Eagle and also Mayacamas Vineyards estate, the vineyard started by Charles Banks, former owner of the California cult wine brand.

In July, Favia Wines announced its decision to offer its Napa Valley wines internationally through La Place de Bordeaux, with the release of the Favia Wines 2019 vintage in September.